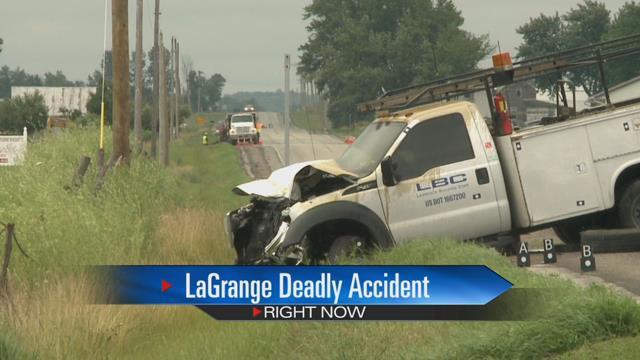 A 45-year-old South Bend man, who was trying to pass a semi on a busy state road, died in a multi-vehicle crash.

The LaGrange County Sheriff's Department has identified the victim as Hoffman Kennach. Police said he was not wearing a seat belt at the time of the crash.

LaGrange County Deputy Sheriff Brent Houser said Kennach was, "in the process of passing a semi when he sideswiped a northbound passenger car."

That 52-year-old driver ended up on the side of the road suffering from minor injuries.

Kennach's Chevy Suburban spun out of control and was t-boned by a pick-up truck, which was heading northbound.

The 51-year-old man driving that Ford F-450 was taken to the hospital with a broken rib.

Police said Kennach was ejected from his vehicle and died at the scene.

Indiana State Police are assisting with this investigation.