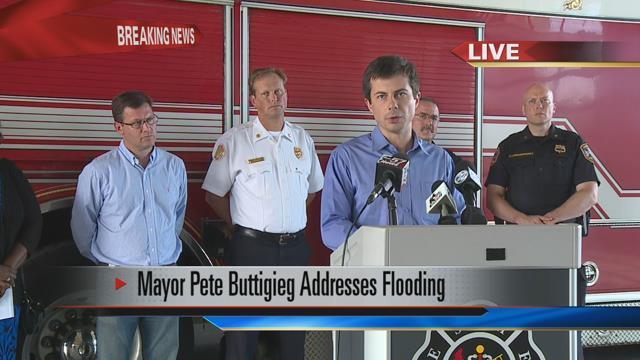 During his third press release of the day, South Bend Mayor Pete Buttigieg says they are still working to gather information as to how many families were displaced by the flooding.

They hope to have a full accounting of families in need by Wednesday.

Buttigieg says the water has been slow to recede, so most of the roads that were closed late Monday or early Tuesday remain closed.

One exception is Michigan Street, which reopened at Ewing.

If you have donations for displaced families, those can be taken to the Central Fire Station or the South Bend Police station on Sample.