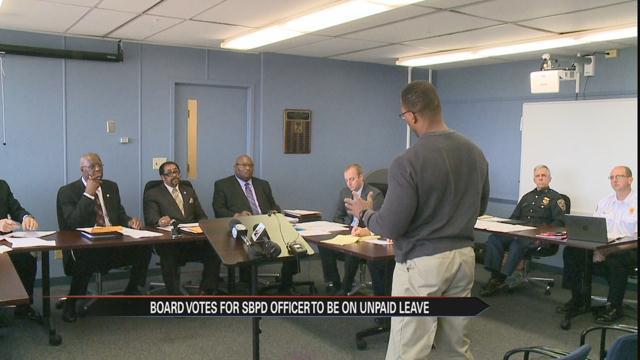 He's accused of assaulting a man inside the St. Joseph County Jail.

Wednesday, South Bend's Board of Public Safety moved to indefinitely remove Robert from payroll, effective immediately according to Board President John Collins.

Robert had been on paid administrative leave since November 2014.

Those incidents, however, had nothing to do with the recent federal charge.

Robert showed up to the meeting to request a repeal of the motion.

“The law is set but the recommendation we're saying came to you and you made a decision based on [Teachman's] recommendation," Robert told board members.

He says the decision to change his leave status should have solely been the decision of the board and not influenced by Chief Teachman's request.

Board President Collins responded by saying it was the federal indictment that brought out this decision.

“The board had evidence before them, they had the discretion by statute and they exercised that discretion," said Teachman. "I thought it was the appropriate decision.”

Officer Robert told me off camera, he and his lawyer still believe this decision was influenced by Teachman, a man he says has an agenda.