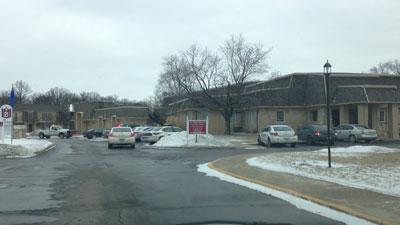 South Bend Police say a man and woman in their 20s drowned at the Park Jefferson Apartments' indoor swimming pool.

Officers were first called to the complex on East Jefferson Boulevard around 11:40 a.m. Friday.

At this time police say the case is being "investigated as a non-criminal event."

Residents were surprised to hear two people drowned in the pool. Their identities haven't been released.

“Oh it's pretty nice, it's nice and quiet. The neighbors don't bother me very often. I get along with them fine. Staff is really nice,” said resident Paula Spart.

Spart has lived at the complex for more than a year and says she's never seen any issues at the pool.

UPDATE: Park Jefferson Apartments have released the following statement regarding the drowning's: