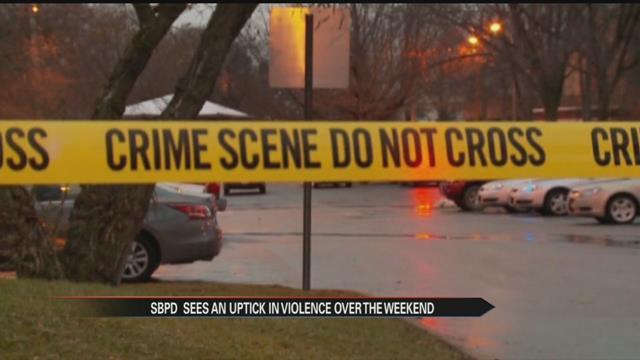 It was a busy weekend for local law enforcement officers.

An officer with the South Bend Police Department said Sunday morning had been a busy shift for them. He said the increase in weekend crime can be attributed to the warm weather and the end of summer being near.

That is because people are getting out and therefore they usually see an increase in crime around this time of year.

According to a 2014 Seasonal Patterns in Criminal Victimization Trends Report by the U.S. Department of Justice, summer was ranked the highest for crimes in most categories. This report tracked seasonal patterns and how crime activity fluctuates with the change of seasons. To view that report, click here.

The event will include demonstrations of police and fire safety equipment as well as address safety concerns for residents.

Mishawaka Police Department's event will be at Central Park in Mishawaka from 5:30 p.m. to 7:30 p.m.