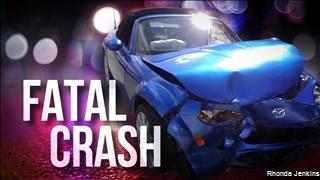 A 15-year-old driver and two passengers were traveling east on Ford and had stopped at the stop sign when he was struck.

The SUV, believed to be a white Mercury Mountaineer with Illinois plates, is said to have entered the intersection at a high rate of speed when it was driving down Olive Street and did not stop.

One witness stated that the SUV went around a vehicle to go through the intersection.

Police say occupants of the SUV fled after the collision.

41-year-old Marcelo Gallegos Murillo was in the backseat of the vehicle hit by the SUV and was ejected and pronounced dead at the scene.

We are asking that anyone who may have any information on the crash to please contact officers at 574-259-2967 or Crime Stoppers.