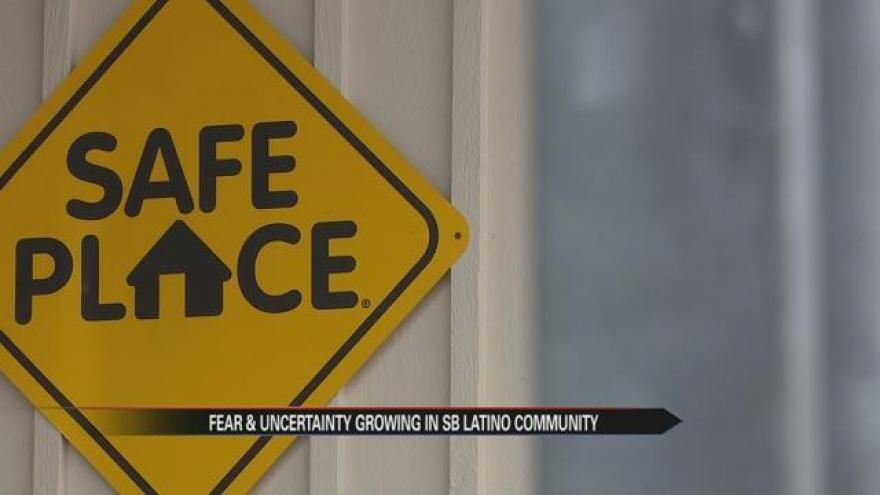 Rumors of raids by the Immigration Customs Enforcement (ICE), has many looking to calm concerned residents.

“There’s a lot more tension now, you’re seeing news around the country about what’s happening and so people are worried about, what might happen here,” said Sam Centellas, executive director of La Casa de Amistad.

The uncertainty of what could happen here was enough to build anxiety throughout the community.

“We’re still not exactly sure where the rumor started but the rumor was that there was a raid on Western Avenue, but we haven’t had any evidence of that,” said Centellas.

Centellas and his team at La Casa de Amistad spent the day quelling community concerns, following the viral spread of that rumor.

“That’s important for us to try to create normalized lives as possible during these difficult times,” he said.

Residents that live and work along Western Avenue say their neighborhood has always felt safe, but quite a few are now concerned.

“They’re being threatened, I feel they feel unsafe driving outside,” said one neighbor. “They’re probably afraid even to go pick up their kids from school which is very unfortunate.”

The manager of Rosales Grocery Store said many of her customers avoided her store, in the hopes of avoiding an immigration raid that never happened.

The manager says she had to go around to the community to assure her store was fine.

La Casa de Amistad provides resources to those who are concerned.