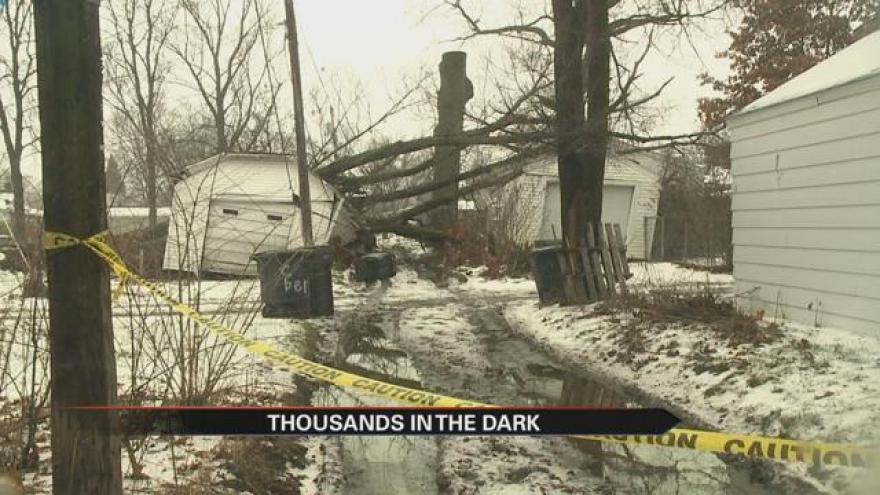 In an alleyway between 35th and 36th Streets, just off Hastings St., a tree was blown over, took down multiple power lines with it and destroyed two nearby garages.

“My fiancé was actually home and he heard the big crash,” Moranda Hegedus, whose garage was destroyed, said.

Nobody was injured in the fall, but power was knocked out for the whole block just after 8 p.m. Monday.

“That tree has been kind of weak in the back,” Hegedus said. “And [the wind] pulled it out by the roots.”

As of Tuesday evening, Hegedus’ street was still without power and the tree remained where it fell.

Her story is one of many across Michiana, as utility crews continue to work on downed power lines.

As for Hegedus, who is pregnant and due in February, she said she was leaving her house until the power came back on.

“We’re gonna go stay with our family tonight,” she said.

Indiana Michigan Power said it hopes to have all of South Bend’s power restored, in full, by Thursday afternoon or evening.