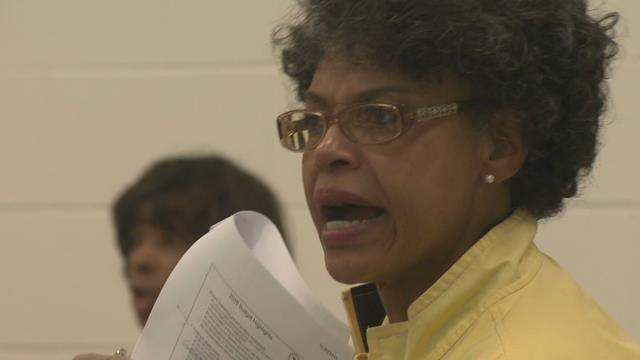 City representatives and members of the common council met with taxpayers at the Charles Black Recreation Center to discuss more than $300 million in planning for the city's future.

Many residents took issue with the lack of minority representation in the city's public offices.

This budget proposal does include two new positions that would address diversity but both residents and some council members agree that's not the solution to this problem.

“Talk to me about my interest sometimes, don’t put me off,” one resident said during the meeting.

Those were passionate words to South Bend officials from taxpayers who say they’re not being heard.

“They heard me but that’s it, they’re not listening,” said resident Dennis Plump.

Plump was one of many to voice concerns about a lack of diversity in the city’s ranks.

It's an issue he thinks the city hasn’t correctly addressed for years.

“Tell it like it is," he said. "If we’re going to be right, let it be fairness for everybody.”

An issue duly noted by city officials during the forum and also addressed in the 2016 fiscal year budget.

“We’re putting efforts into funding diversity inclusion people in the administration so that we can further those efforts,” said Eric Horvath, South Bend's Public Works director.

But many residents and councilmen believe this solution will only create more problems for the city.

“You have to be very careful of that with our society because we have seen in other police and other fire where people have sued because those cities did not do it correctly,” said Oliver Davis, District Six councilman.

Officials say finding the correct answer for taxpayers' concerns are always on their minds.

“We can make sure that we’re trying to meet their priorities as well,” said Horvath.

And they say holding public forums is proof of their commitment to keep these residents in the loop.