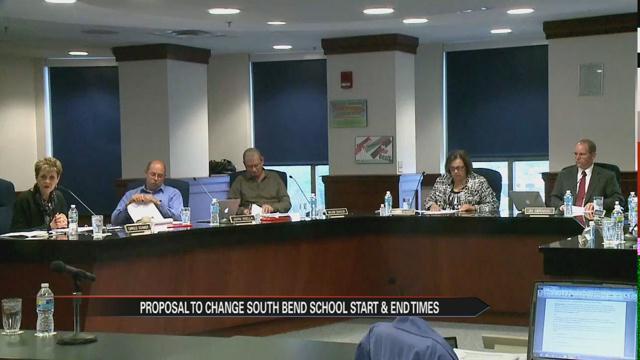 It's a change that could affect parents and students in South Bend.  Will school across the district be changing their start and end times?

Tuesday, official discussions kicked off within the school board on whether or not they think it's a good idea to make these changes.

There are two big changes being considered.

Primary schools would last 45 minutes longer, and middle and high school students would start later, at 9 a.m. and finish at 4 p.m.

While some are on board, others have more concerns.

"This seems to be moving very quickly for a matter that will impact our school community and our city in many ways," says Terry Grembowicz, the president of South Bend teacher's union.

Some concerns are family time, effects on busing, and extracurricular activities.

So they're asking the board to take their time on voting, with a decision that could impact families in South Bend for several years.

The board says they are currently working on a proposal for a vote.