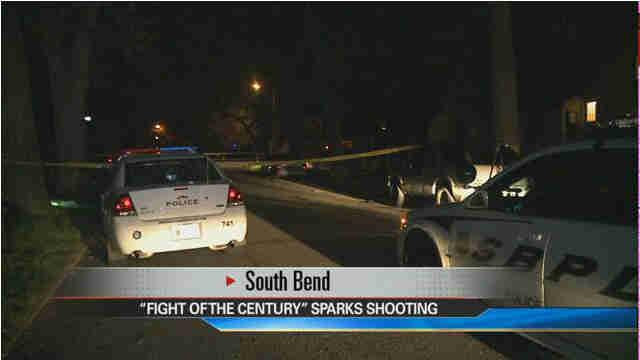 Police responded to a call around 2:00 a.m. Sunday morning about a brawl that happened after the Mayweather versus Pacquiao boxing matchup late Saturday night.

The brawl soon turned into a situation that led to gunshots being fired which left nearly a dozen marked bullet holes in the home.

The incident happened in the 1600 block of south William Street intersecting with Dubail Avenue.

Police say gunfire erupted at the home and four people were hit by the bullets and taken to the hospital for minor injuries.

One man was arrested for firing shots but it is unknown at this time if that person is responsible for any of the gunshot wounds to the victims.

Police believe more people were involved with firing the gunshots.