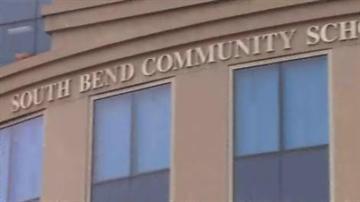 SOUTH BEND, Ind. --  The South Bend Community School Corporation has had a tough year, laying off more than 60 teachers in June, but the remaining teachers must have been on Santa's good list.  They have been awarded a $1,150 stipend just in time for Christmas.

John Adams High School Band Director, Adrian Mark has been teaching for the South Bend School District for 18 years.  He says the past four years, the financial state on the economy has been pretty tough on the district.

"It has probably been at least three years since we have had a raise," said Mark.

It has been especially rough for some of Mark's younger colleagues who started at a base salary and have not seen an increase, since they started teaching.

"If they are not coaching something, they probably have a second job," said Mark.

But this year, Mark and his colleagues got a little relief, just in time for Christmas, in the form of a $1,150 stipend.

"I was surprised; I did not think we would get anything," said Mark.

The South Bend school board said the cash had been building up in the rainy day fund.

Mark's student and senior drum major, Maria Capanigro said with all of the work her teachers at Adams put in, she thinks they deserve the bonus.

"They always are there for me and meeting me after school to talk about projects," said Capanigro.

While the South Bend school board has made it clear this Christmas bonus won't be an annual thing, Mark said he will take what he can get.

"We will take it however we can get it," said Mark.