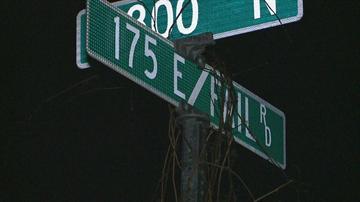 LA PORTE COUNTY, Ind. – A 16-year-old South Bend teen was shot when he was allegedly caught robbing a home on the 7800-block of Fail Road in La Porte County on Tuesday afternoon.

Police received a 911 call from the homeowner at 2:39 p.m. saying that he’d returned home to find his home being robbed.  Before La Porte County Sheriff’s Deputies could arrive the homeowner had shot one of the robbers in the hand.  He turned two 16-year-old suspects over to deputies who later discovered the two teens were from South Bend.

The homeowner said a third suspect had fled on foot and then drove away in a black car.  Police searched the area using K-9 units and even stopped buses from North Prairie United School Corporation until they could be sure there was no danger to students.

Deputies said residents of Fail Road shouldn’t be overly concerned about their safety, they believe the third suspect was long gone and it’s unlikely he’d return to the scene.

The teen who was shot was taken to the hospital but it was determined that the wound to his hand was minor.  He and the other teen who’d been arrested by police were taken to the La Porte County Juvenile Services Center and are being held on charges of burglary.

The La Porte County Prosecutors office said it was unlikely the homeowner who shot the teen would be charged with anything related to the shooting given that he was acting in self-defense.