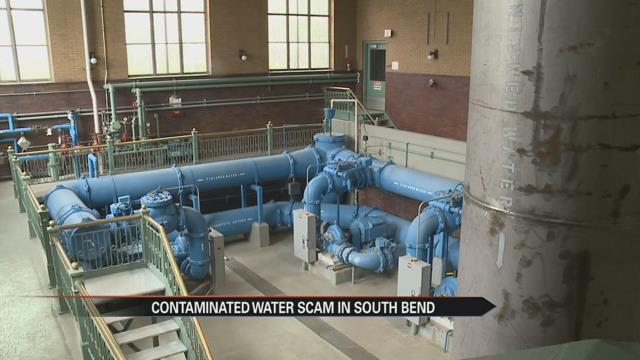 The city of South Bend is warning residents to protect themselves from utility scammers.

The city says it’s been receiving calls about phony water works employees going door-to-door and spreading false information about the safety of the city’s water in order to get their personal information.

The city caught wind of this and took ABC 57 on a tour inside one of its pumping stations to show just how safe the water is.

High pressure flowing pipes pushes out water to the thousands of homes in South Bend but not before being treated.

Wednesday’s tour of the city’s north water pumping station came on the heels of several concerning calls to the city about a potential lead contamination in the water.

“We have had some evidence where people have called 311 and said people have come to the door and said some of those kinds of things,” said Al Greek, South Bend Utility Director.

But officials say that’s not the case here.

“We’ve had a program in place for the past 20 years where we’ve tested for lead and copper and we’ve always been in compliance with the lead and copper standards,” said Greek.

One major difference is where the water comes from.

Instead of pumping from the St. Joseph River, South Bend pumps from wells.

“Water that comes out of the river may be contaminated with runoff and what not, underground you’re dissolving the stuff that’s in the ground,” said Greek.

It’s just a shortlist of the differences between South Bend and Flint.

But the city says if there’s ever an issue, don’t trust a stranger, contact 311.