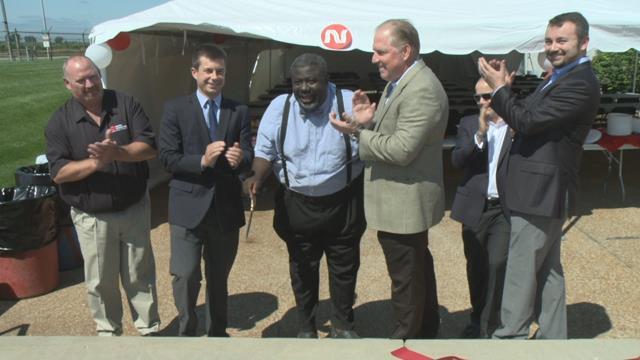 The company spent roughly $54 million on upgrades for the plant.

Both South Bend Mayor Pete Buttigieg and Councilman Oliver Davis were both on hand to celebrate the big day for the city.

“This is just a great day for the city. So many things are coming together that are good. We have jobs, investments, and economic developments on the west iced of the city. We have water not going into peoples’ basements, and we have renewable energy being made right here in South Bend,” said Mayor Buttigieg.

Noble Americas first told the city they would hire at least 50 workers, but they have currently hired 65 workers.