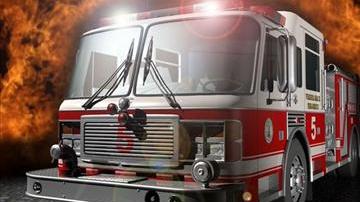 SOUTH BEND, Ind. --  A South Bend woman was taken to the hospital after a fire broke out at her house Wednesday morning.

Fire officials say the fire started in a second floor bedroom of home in the 3600 block of West Dunham Street.

Firefighters say there was one person who lived in the house. She was on the second floor when the fire started. She was taken to the hospital as a precaution.

The fire was small and fire crews were able to contain the fire quickly.The fire damage is minimal and is contained to the second floor. And there is smoke damage elsewhere in the house.