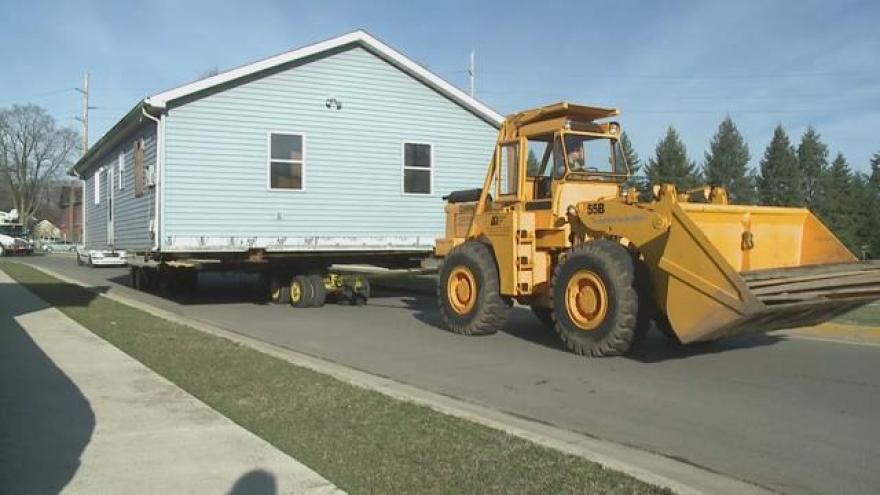 The city of South Bend continues to welcome a growing population.

And with that comes the need for more housing.

One neighborhood seeing a spike in interest is the city’s northeast neighborhood. It is located just blocks away from Notre Dame’s campus.

Just before 10 o’clock Tuesday morning neighbors watched as crews moved a house to the 700 Block of North Frances.

Irish Realty owns the home and said it has been met with immediate interest.

“We had several calls yesterday as we began telling people about the house move, “Hey what’s that house going to sell for I’m interested in buying it,” Associate Broke Steve Smith said.

Smith said this isn’t surprising, because he’s seen a spike in interest to buy in South Bend’s Northeast Neighborhood.

It has prompted his firm and others to get to work building new properties.

“There is redevelopment going on all over the place now. It stretches all the way from Notre Dame, Eddy Commons all the way down to the East Bank and the river downtown,” Smith explained.

That upward trend has continued.

Mixed developments such as ‘The Triangle’, as well as new builds on Hill Street and Notre Dame Avenue are popping up throughout the neighborhood.

“It’s a nice balance. It’s a shared neighborhood. I think there’s a mix of incomes throughout the neighborhood, mix of housing styles. And that’s really the kind of healthy neighborhood you want to see in any city,” said South Bend Heritage Foundation Executive Director Marco Mariani.

Realtors said the desire to live near shopping, restaurants, and the river are now putting to bed former fears of investing in South Bend.

“People are now feeling like they can come here and safely raise their families,” said Smith.

Irish Realty said maintaining the balance of market value and affordable housing is important to them. The median price of a home in St. Joseph County is $120,000.