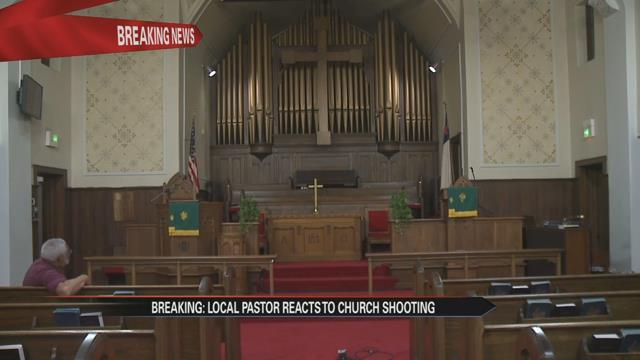 Rick Jackson is the pastor of Olivet African Methodist Episcopal in South Bend. Jackson says the group is devastated by what happened nearly 900 miles away.

"I think it's just another evidence of evil that's in our society," said Jackson.

The pastor says hate and intolerance didn't go away in the 1960's and that these events show the role of faith and the church in America is declining.

Jackson says he is working with his bishop to join the black churches of South Bend together for a prayer vigil.

It will be held at noon at Olivet AME church located at 719 North Notre Dame Avenue.