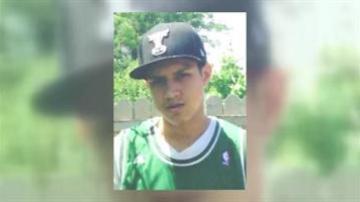 Guzman died on August 3rd in Memorial Hospital's Emergency Room, after police found him suffering from several gunshot wounds in his home.

According to a South Bend Police report, the city saw over 40 shootings by mid-summer, 10 of which turned fatal; that's 4 more than South Bend witnessed in all of 2013.

"There's a lot of guns out here on the streets," said Kalon Salley. Salley's not a South Bend native, but he's still taking notice to the increase in violence. "I think it's becoming more of an actual issue than it was years before."

Salley isn't the only young mind thinking that something needs to change.

"People have to stop shooting around here, they're doing too much for no reason," said Micah Johnson. Johnson's a sophomore at Adams High School along with his friend, JaQuane Fuller.

"Why would you kill your neighbor when you can turn to them for help," said Fuller.

Along with being neighbors, some of South Bend's latest shooting victims have been fathers, students and one was even a child.

Even though Fuller's young, he says he realizes the importance of life. "There's no point in killing each other, we're friends."

Guzman's vigil is set to take place Thursday at 5:30p.m. on the second corner of Huron Circle and Huron Street in South Bend.