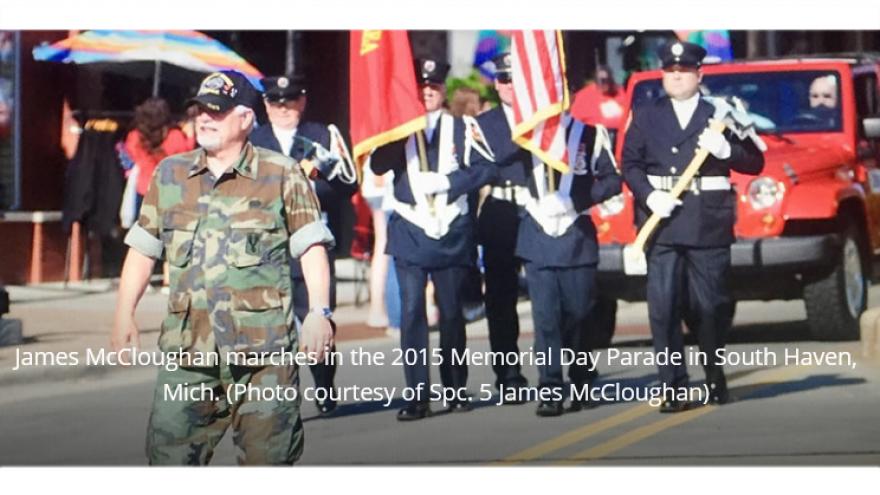 President Donald Trump will present the Medal of Honor to Specialist Five James C. McCloughan, U.S. Army, for conspicuous gallantry during the Vietnam War on July 31, 2017.

The Medal of Honor is awarded to members of the Armed Forces who distinguish themselves conspicuously by gallantry above and beyond the call of duty.

McCloughan will received the Medal of Honor for his brave actions during 48-hours of close combat fighting against enemy forces near Don Que, Vietnam between May 13 and 15, 1969.

McCloughan, 23 at the time, risked his life on nine separate occasions to rescue wounded and disabled soldiers.

Even though he was wounded from shrapnel and small arms fire, he refused to leave and stayed with his unit.

Prior to being drafted into the Army, McCloughan received a Bachelor of Arts in sociology and a teaching certificate from Olivet College.

He spent nearly 40 years as a teacher at South Haven High School and coached football, wrestling and baseball.

He earned a Master of Arts in counseling and psychology in 1972 from Western Michigan University.