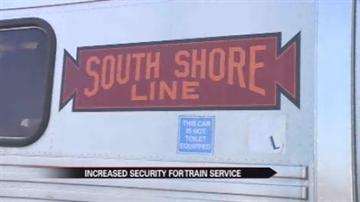 SOUTH BEND, Ind. --  With the events in Boston anyone traveling on the South Shore would no doubt notice the increase in security.

The chief of transit police told us they immediately reacted when they saw what happened in Boston.

He told ABC 57 that they always step up security during major sporting events as well.

We talked with riders Tuesday from Chicago who said they noticed a difference.

"Yeah I saw a lot of guys with TSA uniforms on there were officers walking around with dogs, they were highly visible at millennium station," said Ronald Pryor, train rider.

The increased security is expected to continue through the week.