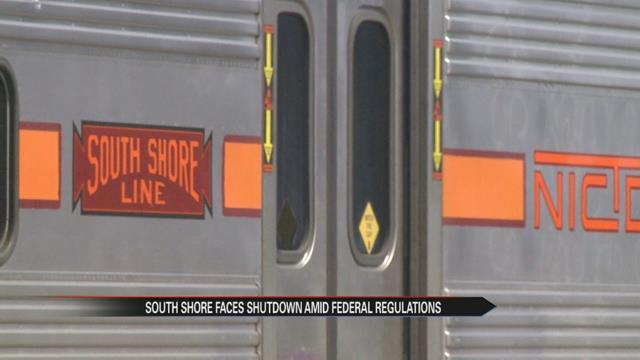 Trains across the country could be at a complete stand still by the end of 2015, including the South Shore Line in Michiana.

Michael Noland, the General Manager for the South Shore Line, said, “Effectively as of midnight on December 31st we will not be operating our service if congress hasn’t passed an extension.”

The extension is for the safety function called positive train control.

Congress has set a hard deadline for all trains to install this technology by the end of this year.

“Say the engineer is coming up to a speed reduction or a curve, if the engineer fails to reduce speed the technology will know the action was supposed to be taken and when it wasn’t taken it’ll take control of the train," said Noland.

But installing it on the South Shore trains will cost tens of millions of dollars.

Regulars on the South Shore Line say they feel safe without this added safety measure.

As of now, Noland says the deadline set by Congress is not meeting the financial and technological needs of train companies across the country.

The company left fliers on seats telling riders, like Mishawaka resident Tom Geairn, about the possible shut down.

“When I got on the train today we found these papers on all of the different seats. It’s a letter from the NICTD explaining about the law and how they might have to shut down.”

As for the NICTD, the South Shore Line and Noland, have a message for Congress.