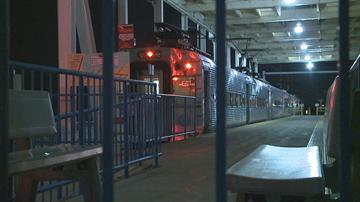 SOUTH BEND, Ind. – A field trip for some South Bend students turned into an ordeal after they got stuck for hours on a South Shore train after an accident caused massive delays on Wednesday afternoon.

At around 6 p.m. local time a South Shore train got tangled in overhead power lines in East Chicago and disrupted power to the rest of the line.  For a few hours trains could only operate between Hammond and Chicago.

According to a police officer at the South Shore station at South Bend Regional Airport, a group of students on a field trip from South Bend were trapped in a train stuck on a powerless portion of tracks in Hammond for several hours.  The students finally made it back to South Bend just before 11 p.m. after being stranded for the entire ordeal.

South Shore service resumed late Wednesday night, but delays could continue for the immediate future until the torn power lines are repaired.