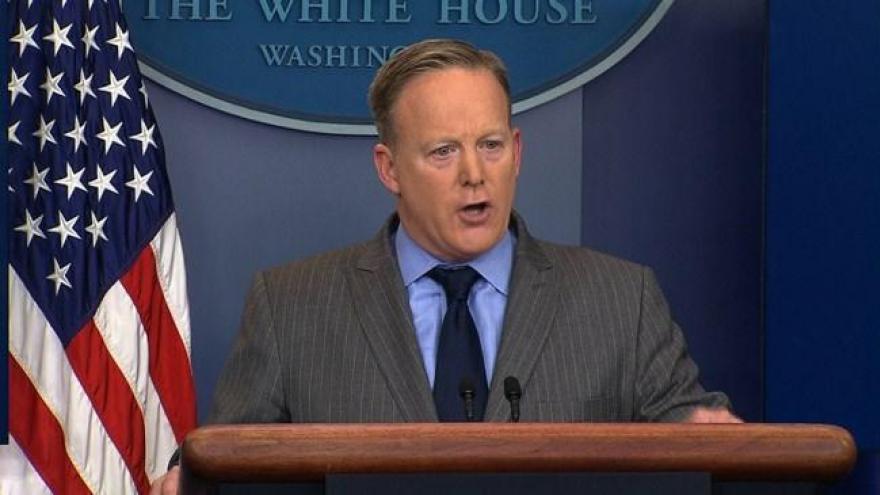 He began the session in traditional fashion, outlining Trump's busy schedule Monday and detailing a phone call between the President and his Egyptian counterpart Abdel Fattah el-Sisi. Spicer said Trump had discussed the potential of el-Sisi visiting the White House in the coming months.

Spicer's informal debut behind the lectern actually came Saturday, when he delivered a furious tirade against the press for their accurate coverage of crowds at Trump's inauguration. The session, which misstated several facts, ended with Spicer walking away as reporters shouted their queries.

Spicer acknowledged the cantankerous start Monday, saying he'd emailed his predecessor Josh Earnest to ensure him that his title as "most popular press secretary" -- designated by a poll of reporters earlier this year -- was safe for now.

Trump is keeping a packed schedule at the White House Monday. He's met with leaders in the stately Roosevelt Room and signed executive actions in the Oval Office. Later in the day, he's expected to meet a bipartisan group of congressional leaders.

Spicer has prepared heavily for his premiere press briefing. He's undergone mock briefings, extensive research, and long hours watching his predecessor holding the near-daily ritual. Much of his press office staff is in place.