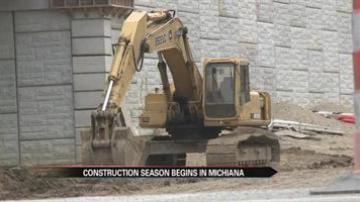 US31 is slated for some major projects.

"One lane, it's going to be bad," said Cassandra Miller, a clerk at a Sunoco gas station.

Miller says she has already seen a dip in business since the business was asked to move gas pumps to make room for the new US31.

"It's going to get a lot worse, and I'm afraid it might hurt us. At the same time, as long as they have it open," said Miller.

"We're looking at about three months of heavy work that's going to slow some people down. But then people will be on the new lanes of U.S. 31," said Matt Deitchley, spokesman for INDOT.

Deitchley says road work can be a tough tradeoff, but in this case, he says it's worth it.

The construction is expected to make the area safer.

INDOT is warning drivers to plan ahead for this summer and be alert of road crews all over Michiana.

"Since 2010, 47 people have been killed in Indiana work zones. More than 2,000 have been injured. And four out of five of those fatalities are drivers passing through, not our workers," said Deitchley.

Drivers wanting to zip through construction season should slow down and consider alternate routes.