Spring season is warming across the U.S.

NOW: Spring season is warming across the U.S.

Research shows that in many cities across the United States, the average winter temperature has been rising faster than any other season. However, spring is warming quickly too in several regions of the U.S.

Research by Climate Central is showing that the spring season has warmed 2.3 degrees in the United States since 1970. 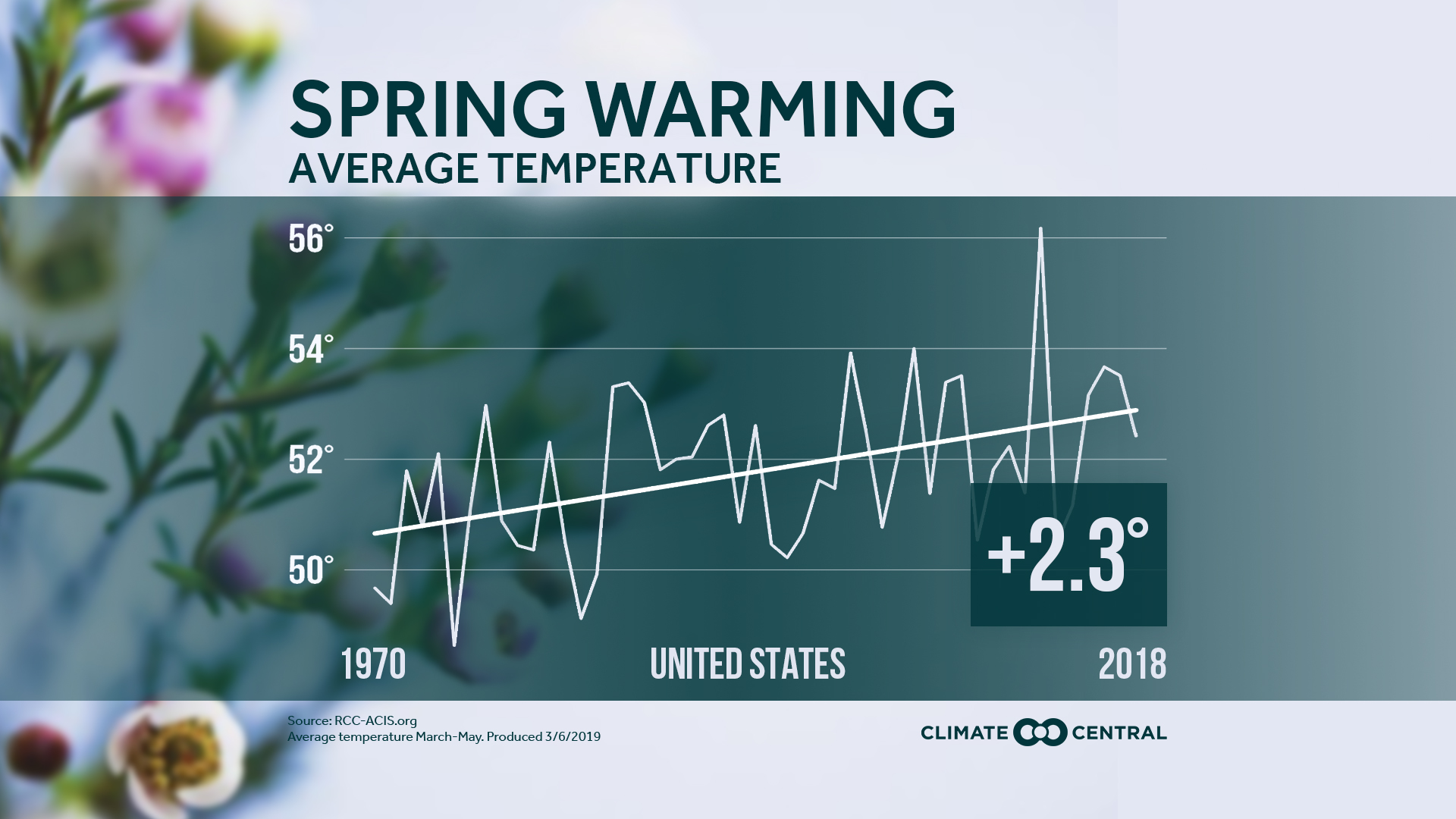 This is a considerable warm up, but it is mainly because of one region that is warming the most during spring: the southwest. Las Vegas, Phoenix, El Paso and Tuscon have all seen their spring temperature average rise by more than five degrees. 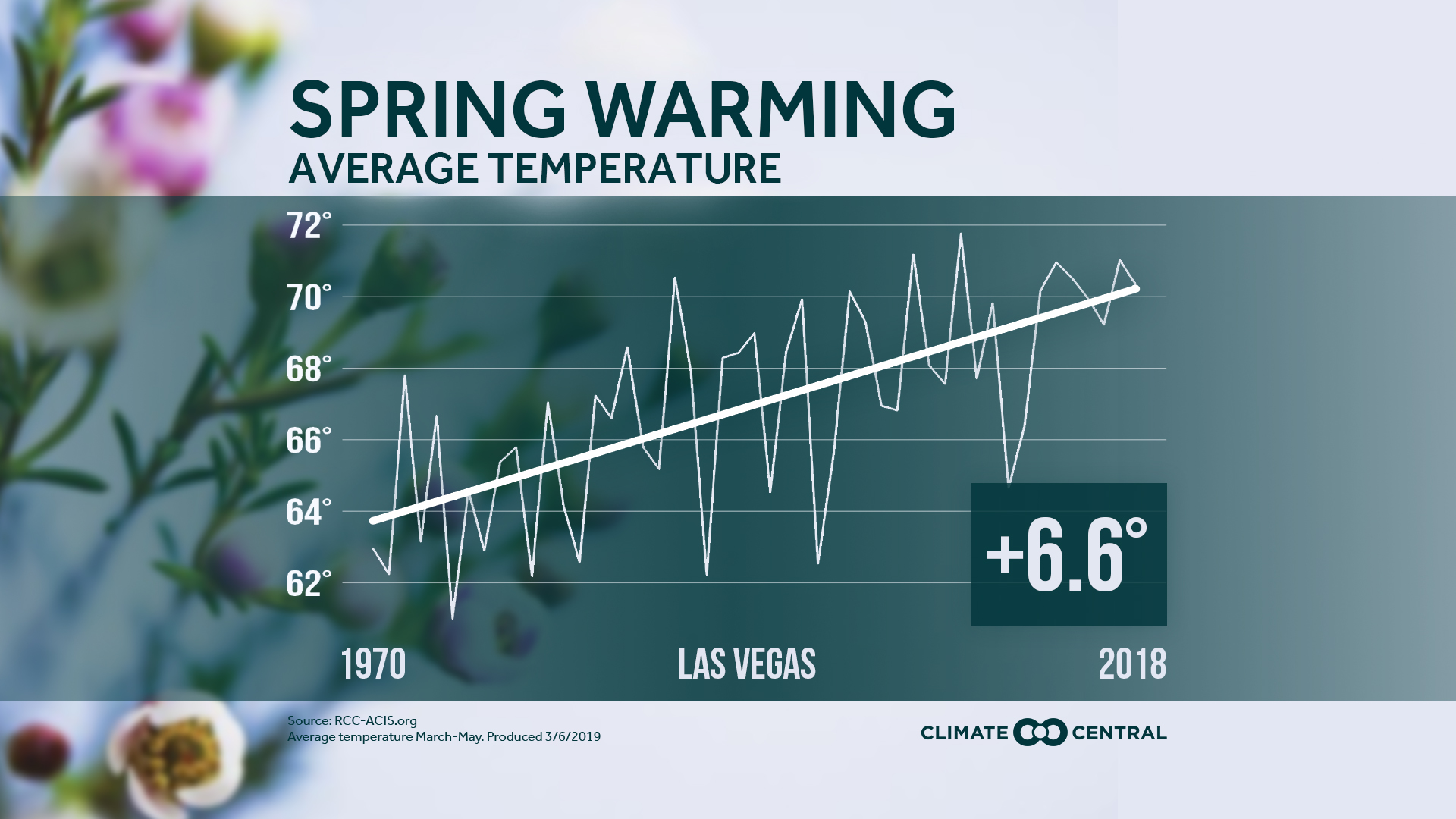 In comparison, other cities in our regional area ARE seeing a warmer average spring temperature. Indianapolis has warmed by 2.4 degrees and Fort Wayne by 2 degrees. Chicago, on the other hand, has not warmed at all. One reason South Bend and Chicago may remain stagnant while other cities nearby are warming, could be the close proximity to Lake Michigan. Lake Michigan is able to moderate our temperatures throughout spring, keeping us cooler. 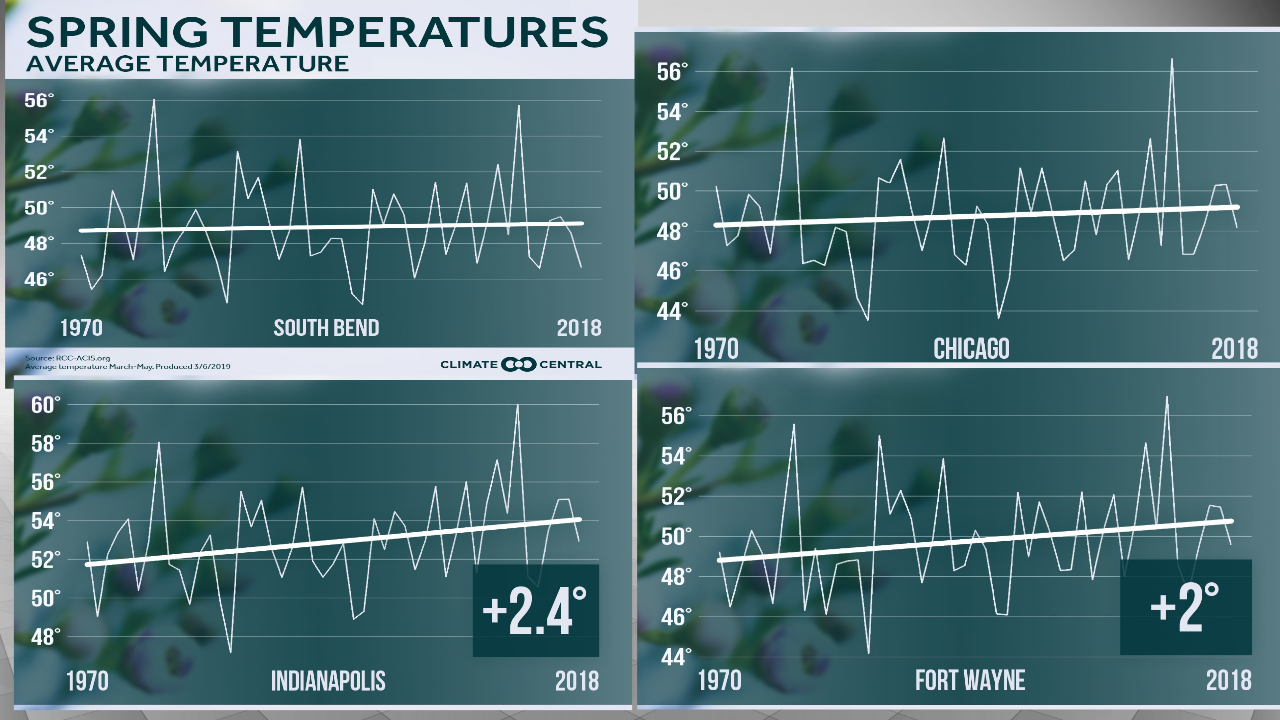