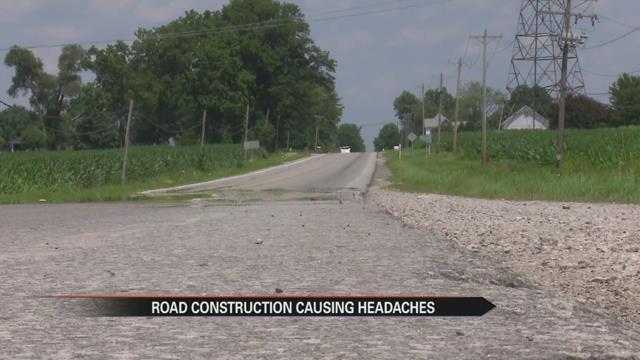 Major road repairs are causing major headaches for a Michiana restaurant. On Monday the Indiana Department of Transportation, INDOT, closed State Road 331 from U.S.6 to U.S.20.

On Tuesday the owner of Wyatt’s Beef and Brew, located right in the middle of the closure, expressed concerns about the effects on his business.

“We got employees that work here that have been here since we’ve opened and they are local people and they are wondering how I am going to be able to keep the doors open,” says Bill Beaver, owner of Wyatt’s Beef and Brew.

By noon on the second day of the closure Beaver’s staff had seen three customers.

“Usually we have 20 to 30 tickets on a regular average Tuesday lunch,” says Beaver.

Beaver says he does not know how his business will make it during the construction that is expected to last 45 days.

“At least finishing so much every day and opening the road back up would probably be the better solution rather than grinding big holes in the road and then fixing a mile at a time,” says Beaver.

“We are trying to deter thru traffic but if you are a business or a business owner someone who is wanting to access the business residential traffic you are still allowed on the road,” says Doug Moats Representative for INDOT Northwest District.

This is good news for Beaver because Wyatt’s Beef and Brew is open for business. Beaver still think the method for closing down the road did not take everyone into consideration.

“They should think about who they are impacting by this not just the contractors that are doing the work and getting their schedules meet,” says Beaver.

Beaver says customers have also brought up another concern; receiving a ticket for driving on the closed portion of State Road 331.

“On Facebook a lot of people have been saying ya know we aren’t going to be able to come down there we will miss the beef and brew this summer things like that,” says Beaver.

Moats confirms law enforcement is looking for those unnecessarily driving down S.R. 331but will not ticket those going home or to a local business.

“Law enforcement are patrolling the area if they see traffic that is continuous using it as thru traffic or perhaps speeding on this route that’s when you potentially will see a ticket,” says Moats.