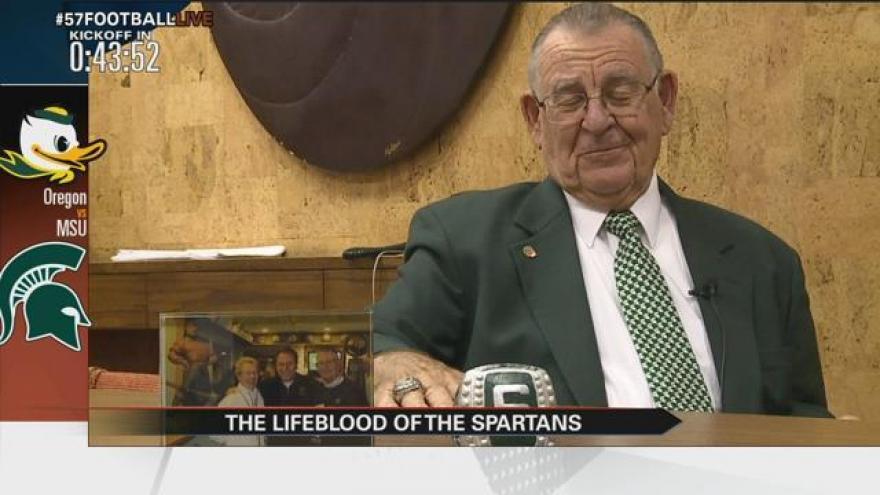 A man in St. Joseph, Michigan is the president of one of the biggest Michigan State alumni associations in the country. To say he’s proud of where he went to school is an understatement.

In an accounting office in Saint Joe Michigan is one of Michigan State's biggest fans and proudest alumni.

Gerbel is also president of the Berrien County Alumni Association. He throws quite the party every year.

"It's called the Spartan Steak and Suds," said Gerbel.

For the party, 700 people and coaches roll into St. Joe complete with a police escort.

"It’s the largest Michigan State alumni function in the world! In the world!" Gerbel said.

He says it puts Berrien County on the map.

Gerbel knows that he's doing his part to keep his alma mater alive in Berrien County.

"We hope that it keeps going forever," Gerbel said.