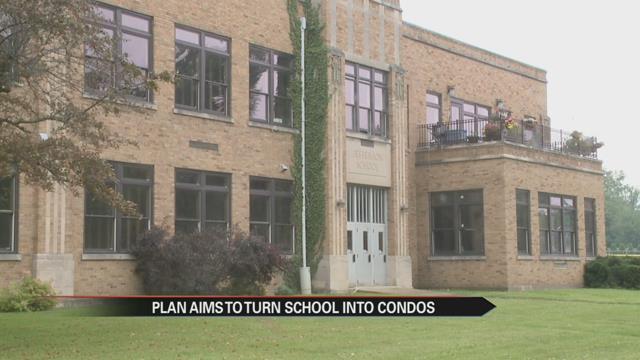 Monday night the St. Joseph City Commission voted to approve an expansion project for a group of investors turning an old school into condos. Investors said the expansion plan could make the building more marketable.

When the investors took on this project they were approved to build 16 units in the old school and now they were given approval to build 22.

Neighbors in the area say these new investors have been doing a lot in just the short amount of time and they want to see the project succeed.

“That's what we have seen in the past few years trim falling off the window brand stickers never taken off the windows,” said Roseann Schramm, St. Joseph resident.

Schramm has lived across the street from Jefferson School in St. Joseph for 40 years.

“The yard around it was deteriorating,” says Schramm.

Schramm adds the school, on South State Street, was sold in 2006 and that the building was on its way to becoming an eyesore. But new investors are changing that.

“They have done a lot in the last couple weeks to spiffy that up so it does have a lot more eye appeal when you go by,” says Schramm.

He says over the years the building has had many owners but the empty halls represent the amount of work previous owners have completed.

“The other ones would kind of buy it and they would run into financial problems or just totally disappear, you saw nothing going on at all. We would like to see it come to fruition so we can have something added to the area instead of detracting from it,” says Schramm.