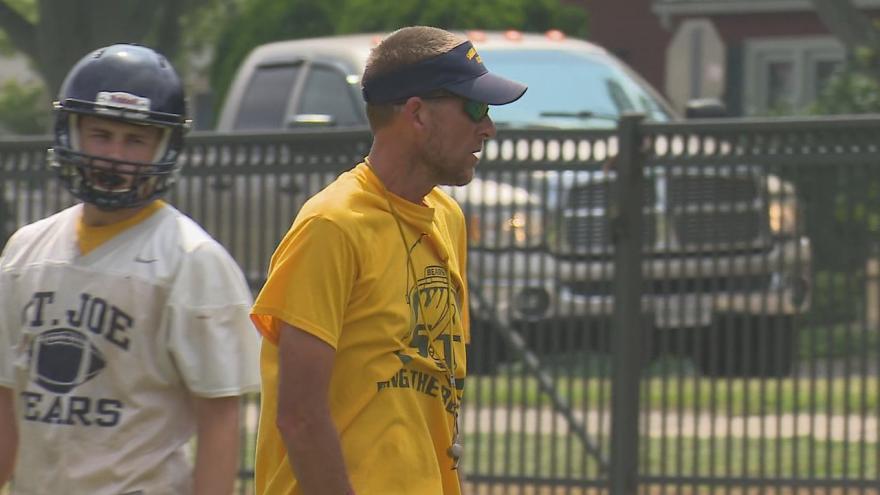 The coaching change was announced on the Bears' social media Tuesday afternoon.

The St. Joseph football program is saddened to announce that head coach Gandalf Church has stepped down after eight seasons.

Church served as head coach since 2011, when he took the reins from the departing Elliot Uzelac. He went on to a 53-27 record, good for the third-most wins of any coach in Bears history.

"Coach Church did a great job for us during his tenure as our head varsity football coach," athletic director Kevin Guzzo said in a statement to ABC57. "He lead our team to the MHSAA playoffs 6 out of 8 years, and claimed the SMAC West Division Championship in two of those years.

"Coach Church was an excellent role model for our student athletes, and taught our students many life lessons that stretch way beyond the football field. We appreciate all of his dedication and hard work to our football program, and to the student athletes of St. Joseph Public Schools."

Church's most successful season as a head coach came in 2015 when the Bears captured conference and a district championships. He also led the team to the playoffs this past fall after a 5-4 regular season. St. Joseph fell to Zeeland West 40-26 in the district semifinals, which proved to be Church's final game.

The school has not yet announced its next head coach.