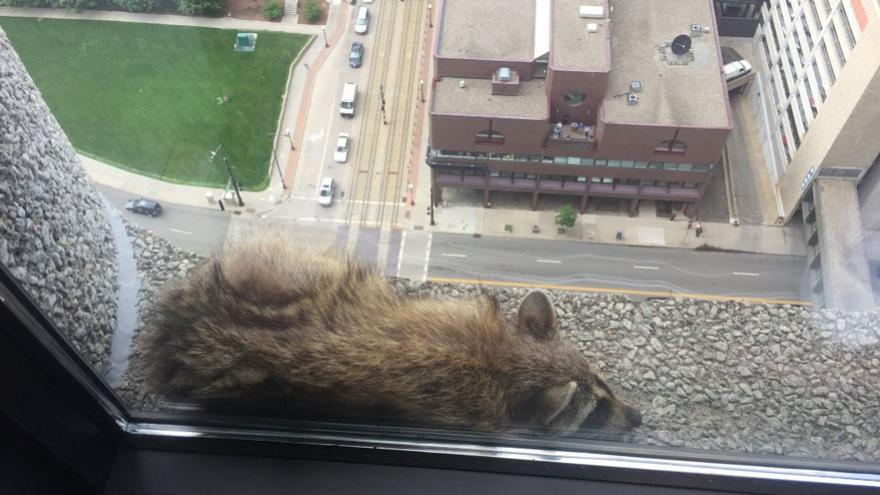 ST. PAUL, Minn. (AP) — A raccoon that became an internet sensation by scaling a 25-story office tower in downtown St. Paul was safely trapped early Wednesday, and animal control officials were preparing to release it back into the wild.

DeMers said the raccoon was in good condition and able to eat.

A company technician was expected to set it free later in the day at a site yet to be determined, DeMers said. The company would need permission to release it on public property, she said, but could also set it free on private property north of the Twin Cities.

The raccoon's adventures caused a stir on social media as it scaled the tower Tuesday, with many Twitter users voicing concern for its safety or joking about the drama as its climb was livestreamed by several broadcasters. The animal made it to the roof early Wednesday, where the baited traps were waiting.

Nearby Minnesota Public Radio, which broke the story and closely followed the raccoon's climb from its headquarters less than a block away, branded the animal #mprraccoon.

The raccoon that scaled a skyscraper is safe