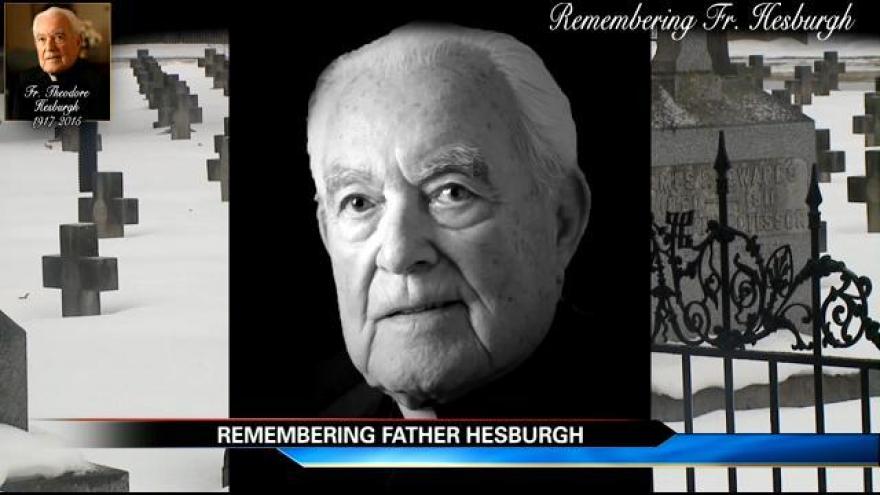 On Wednesday Father Theodore Hesburgh will be laid to rest at the Holy Cross Community Cemetery.

John Mackowicz has worked at Notre Dame for over two decades, and his first job was at Father Hesburgh's library. Now he works for the landscaping department at Notre Dame.

Mackowicz said, “When I first started working out here, I worked at the library. I took a job here as a mail clerk. I pushed the mail cart into the library elevator and when I pushed it in, all the mail fell off the cart. I didn't know anyone was in there but when I looked down I saw somebody's feet and I was like 'hey buddy can you pick that up for me?'”

Mackowicz said when he looked up, Father Ted was helping him pick up the mail.

Mackowicz said, “And Father says 'So what exactly do you do here, seems like I'm doing all your work for you!”

Mackowicz said they shared a laugh and Father Ted invited him into his office.

Mackowicz said he will never forget that small act of kindness and he was shocked that Father Ted knew his name.

Mackowicz said, “Father Ted was a very special guy, very popular, knows everyone, but he's very simplistic and he wanted to be with his priests. And he wanted to be treated no different. That's the kind of guy that he is."

Father Ted requested to be buried with the rest of his Holy Cross brothers at the Holy Cross Community Cemetery.

After the funeral on Wednesday around 3:30 p.m. there will be a processional from the Basilica of the Sacred Heart to the Holy Cross Community Cemetery for anyone in the public who would like to pay their respects.