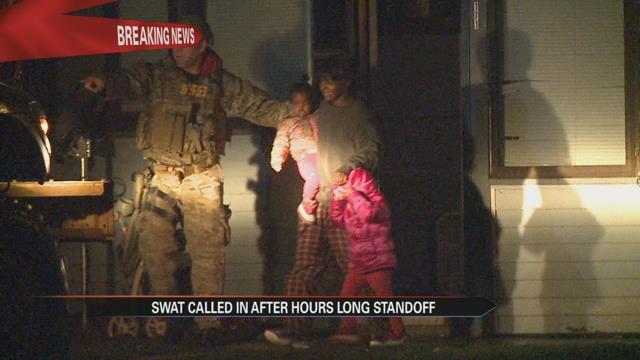 Benton Harbor Police were at the scene since late Saturday night. Some witnesses say the standoff began after 9 p.m.

Witnesses who knew the suspect say he was in his early 30's. Berrien County Police tell ABC 57 News the male had a felony warrant for assault.

Police say after refusing to come out of his apartment for several hours, Berrien County Police and SWAT teams were called to the scene just after 4:30 a.m.

It took them just under a half hour to get the male out of the building.

A female and two children were also escorted out of the building. Their relationship to the male suspect is unknown at this time.

Benton Harbor Police say the suspect threatened to shoot officers but after taking him out of the building, police found he had no weapons on him.

The male suspect is in custody.