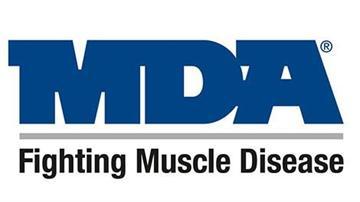 The Muscular Dystrophy Association has announced which stars will appear on its 48th annual telethon this Labor Day weekend.

This year's lineup will deliver one-of-a-kind show performances as they join celebrity presenters to engage viewers with powerful "stories of strength" and moving calls-to-action to help families affected by muscle diseases.

"The MDA telethon is an American tradition, powered by celebrities, national sponsors and, most of all, generous individuals who watch and donate,” said MDA President and CEO Steven M. Derks. “This year, we’ll tell a powerful story of the progress we’re making and breaking developments under way in the fight against muscle disease. We want to share our vision of hope that new lifesaving treatments are on the horizon as told through the eyes of courageous people fighting various neuromuscular diseases."

“On behalf of the tens of thousands of families we serve, MDA is remarkably hopeful and enormously grateful to all our supporters who make this progress possible. We think this year’s show will be our best ever, truly a moving and entertaining two-hour experience.”

R.A. (RAC) Clark, longtime executive producer of the Academy of Country Music Awards, will return this year as MDA telethon executive producer. The week before the broadcast, MDA is planning kickoff parties in communities in every state in the nation to rally interest and engage new supporters. A public service campaign is being launched this week to promote the show.

While the telethon has consistently enjoyed robust support from some of the biggest celebrities in show business, MDA says the real stars on the broadcast are the individuals and families served by MDA, including six families who will tell their stories of survival and hope during the 2013 broadcast.
The complete list of profiles includes:

MDA.org and Social Media
MDA supporters are encouraged to visit mda.org/muscle to enhance their telethon viewing experience. New this year, site visitors can vote for their favorite MDA Telethon Memorable Moments featuring classic footage that includes the legendary Jerry Lewis, who generously hosted the MDA event for decades. Visitors also can check out and share exclusive behind-the-scenes footage from the telethon with celebrities and MDA families, view and submit a photo to a special Instagram gallery of "Make a Muscle" photos from around the world, and sign on to be a “Muscle Maker” for $19 a month. MDA social channels include Facebook at facebook.com/MDANational, Twitter at twitter.com/MDAnews, Google+ at mda.org/plus, Instagram at instagram/mda_usa and Pinterest at pinterest/mdanational.

MDA Telethon
The MDA telethon is one of America’s longest-standing and beloved fundraising and entertainment events. For 48 years, funds raised by MDA telethons also have contributed to the organization’s worldwide research program. Today, through current clinical trials, there is growing excitement that new lifesaving treatments and discoveries are on the horizon for many of the disorders MDA is dedicated to defeating, including Duchenne muscular dystrophy (DMD), spinal muscular atrophy (SMA) and amyotrophic lateral sclerosis (ALS).

MDA’s first Labor Day weekend telethon was broadcast in 1966 on a single New York station and has become the most successful fundraising event in the history of television. The show, with Jerry Lewis as its iconic host through 2010, and with help from a legion of top celebrities and entertainers, has raised millions each year to provide life-enhancing support and services for the families MDA serves.
In addition to funds contributed by the public, substantial support also comes from MDA’s family of national partners, whose work throughout the year on behalf of MDA will be recognized on the telethon. Among the partners: International Association of Fire Fighters, CITGO Petroleum Corp., The Safeway Foundation, Lowe’s, Harley-Davidson, Jiffy Lube, National Association of Letter Carriers, 7-Eleven, 7UP, Acosta Sales & Marketing and Burger King.

About MDA
The Muscular Dystrophy Association is the world’s leading nonprofit health agency dedicated to finding treatments and cures for muscular dystrophy, amyotrophic lateral sclerosis (ALS) and other neuromuscular diseases. It does so by funding worldwide research; by providing comprehensive health care services and support to MDA families nationwide; and by rallying communities to fight back through advocacy, fundraising and local engagement. Visit mda.org and follow us at facebook.com/MDAnational and @MDAnews.