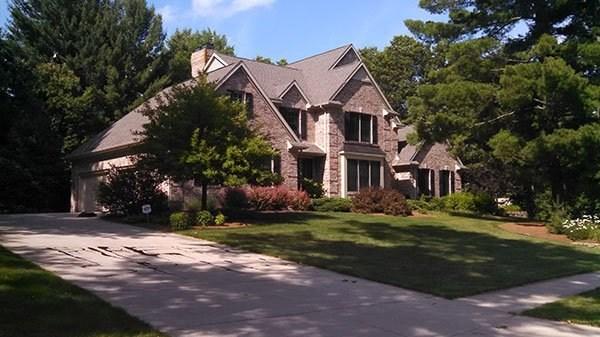 MIDLAND, MI - The State Attorney General's Office has harsh words for protesters worried about the Great Lakes after they got up-close and personal with their concerns.

Dozens gathered outside Bill Schuette's home in Midland on Wednesday, June 6 calling for an end to an oil pipeline under the Straits of Mackinac.

They want Schuette to shut it down, because they're concerned it could rupture.

To make their message clear, the protesters spread chocolate syrup on Schuette's windows and used it to write "Pipes Spill" in his driveway, but the person they were trying to reach wasn't even there.

The only person home at the time was Schuette's wife.

Schuette's office released a statement on the protest to the Detroit News calling it "a cowardly assault by professional protesters whose car license plates mostly appeared to be from out of state…" and "an outrageous attempt to intimidate and bully the Schuette family and the people of Michigan."

Now, the protesters accused Schuette of stalling on closing the pipeline.

Just last night, the National Wildlife Foundation tweeted it's still working with Schuette to shut it down.

State Police Lt. Mike Shaw said no arrests were made and troopers remained outside the home until the demonstrators left.