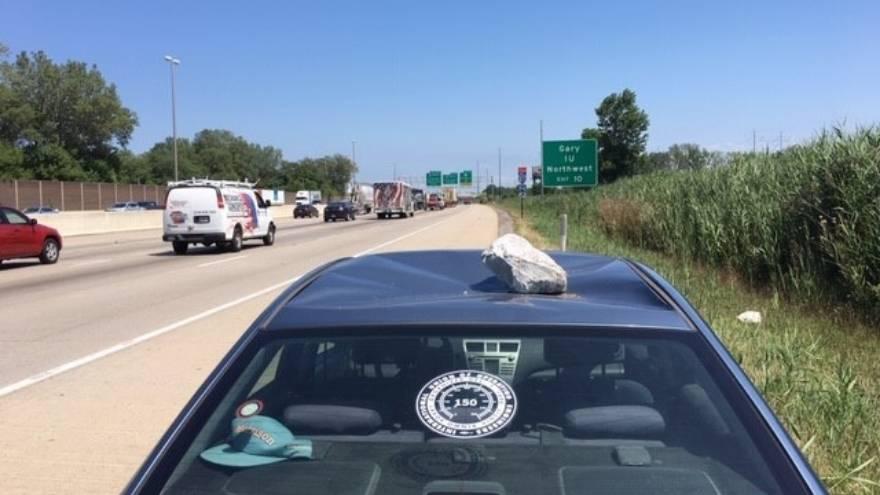 GARY, Ind.—Two juveniles were taken into custody after they allegedly threw rocks off of an I-80/94 overpass on August 1, according to Indiana State Police.

Police received multiple 911 calls around 1:15 p.m. reporting that someone was throwing rocks over the side of the Harrison Street overpass onto I-80/94.

One vehicle was damaged as a result of the thrown rocks near the Harrison Street exit.

While a Indiana State Police Trooper spoke with the victim in the damaged vehicle, Gary Police officers responded to Harrison Street and located two juveniles that matched the description of the rock throwers.

The two juveniles were taken to the Lake County Juvenile Detention Center in Crown Point.

According to ISP, criminal mischief charges are being filed with the Lake County Prosecutor’s Office against both juveniles.