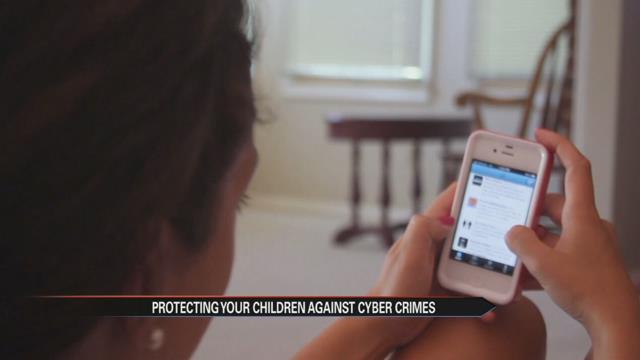 School is back in session and children may be using computers more to do online homework and research.

Being connected on the internet can have risks such as becoming a victim to cyber crimes.

In 2014, there were 269,422 complaints of cyber crimes, according to a report by the FBI's Internet Crime Complaint Center. Out of those numbers, 12% of the complaints submitted had some sort of social media aspect involved.

Social media complaints have quadrupled over the past five years according to that 2014 report.

Assistant Chief Bill Thompson with the St. Joseph County Police Department said it is not a centralized problem but a problem that can happen anywhere.

There are several things people can do to help keep their kids safe.

“What we suggest to parents one of the things they can do is Google the apps that are on their kids phones. Find out where those apps are based. A lot of them are based overseas now which means they may have different kinds of laws than what we have and it might mean making enforcing our laws that much more difficult,” Thompson said.

He said it is also important to know what is being shared online.

“What kind of privacy settings their kids may be able to have. Do they even know about privacy settings and are they using them? Pretty much anytime you put something out there electronically, it’s out there. It stays,” Thompson added.

The county police department has a division that works specifically on cyber crimes and catching online criminals.

“We have some specialized equipment. Computers and some of the software that they run that gives those investigators some really, really strong tools to make those investigations. They’re complicated, they’re technical in nature,” he said.