South Bend, Ind. -- Police are working to track down a motorcycle stolen from an apartment complex over the weekend.

Warren O’Neal III remembers the day his dad purchased that Harley Davidson Fat Boy fourteen years ago. He had been saving up for months to pay for it.

“He treated it like a baby. He spent more time cleaning it than he did riding it,” says O’Neal.

O'Neal says it was his dad's prized possession. It was such a big part of the O’Neal family, he says it was almost like a fourth sibling.

As a 12-year-old, O’Neal says he loved spending time with his dad riding on the back of his motorcycle.

Years later, when O’Neal was in the Marines stationed in California, he started riding bikes himself. He says he couldn’t wait to be back in South Bend on the road next to his dad.

“We had a million and one conversations about what are we going to do when I get back, where are we going to ride to first. That’s what my expectation was to be able to go ride with my father,” says O’Neal.

But before they had the chance to ride side-by-side, O’Neal’s father unexpectedly passed away in December of 2015.

O'Neal's mom Mandie gifted him dad’s bike as a way to keep his memory alive.

But, O’Neal says the bike went missing sometime overnight Friday. It was parked in the lot outside of his place at Irish Hills Apartments, but when he went outside at 6 a.m. Saturday morning, it was gone.

“It wasn’t about a piece of metal. It was about the bonds that have been made on that metal. It was really a connection because I didn’t get the opportunity to ride motorcycles with my dad,” says O’Neal.

O’Neal says losing the bike is devastating. He says he wonders if the person who took it realizes how much it meant to his entire family.

“Just hearing him pull up on the bike brings back memories. Insurance will cover the monetary value of it but the bike is irreplaceable, the memories, what it meant to us, to our family,” says Mandie.

The bike is a 2004 Harley Davidson Fat Boy. It’s black with a chrome mustache guard and an Indiana license plate.

The O’Neal family says they are willing to provide a cash reward for information that leads to the bike’s safe return. 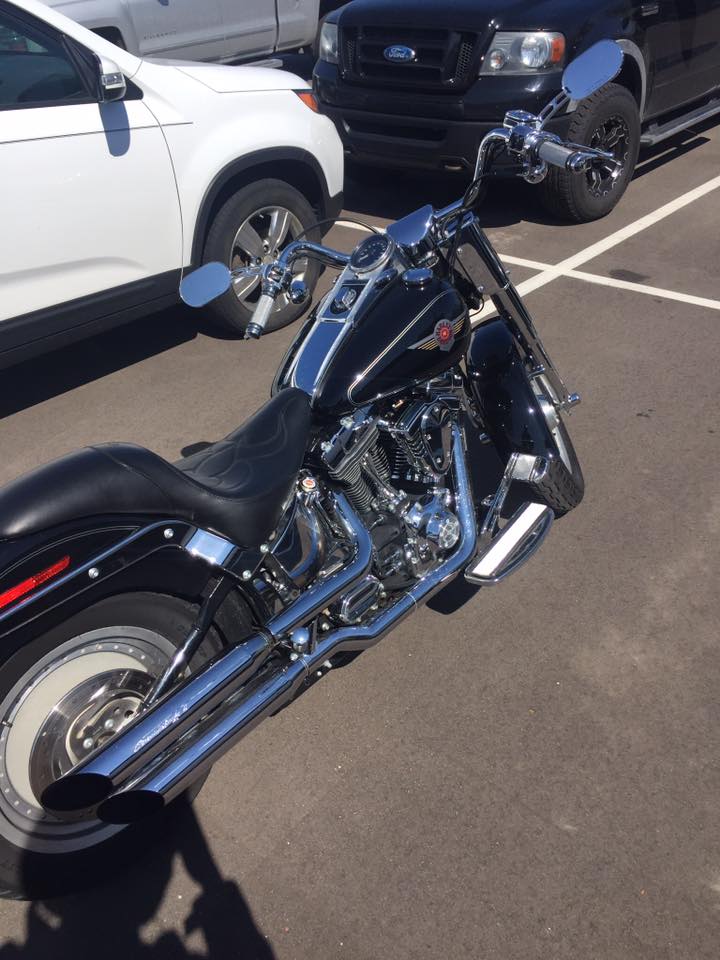