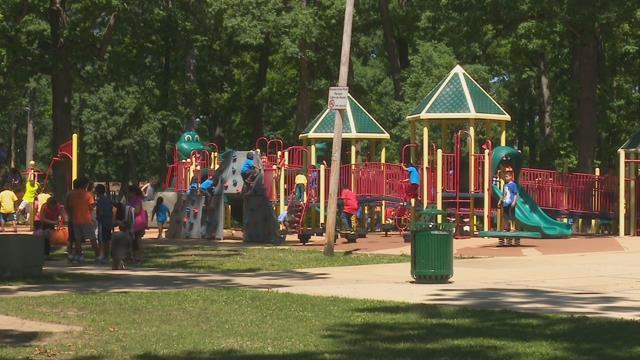 On Wednesday, a three-year-old who was supposed to be in the care of a local daycare center, was found by a stranger wandering alone at Potawatomi Park.

The child’s mom and dad are grateful to the woman who not only helped their lost toddler but also broke the news to them.

“I saw this little girl, this little 3-year-old she was lost she then she ended up crying on the sidewalk,” says Joy Madden of South Bend.

Madden was at the park around 1 p.m. when she approached the lost toddler

“She said that day care left her,” says Madden.

Not believing someone could forget about a child so young, Madden went looking for answers and adults.

“We ended up walking around the park a couples time and the next thing you know it was 45 minutes to an hour,” says Madden.

At this point Madden turned to a police officer for help who began calling nearby daycares.

“So we see this girl running up to us in fear she was scared, and she explained she was the manager of the day care so they left and it just didn’t feel right,” says Madden.

The post has hundreds of shares and hit one mom and dad especially hard.

“I was never told by any employee of the day care where my daughter was found or that she was left at the park. The only way we found out was through social media,” says the toddler’s parents who did not want to give their name.

The parents confirm that their daughter goes to Meechi Daycare and says employees there have broken their trust.

“As far as the day care goes I just feel like they shouldn’t even be open anymore,” says the father.

“Are they [your daughters] going back to that day care?” asks ABC57 News.

For now they are grateful a kind stranger helped their daughter.

“We are blessed that Joy found our kid that she spend the hour trying to help her,” says the father.

The 3-year-old’s parents have contacted the Department of Child Services who has open an investigation.