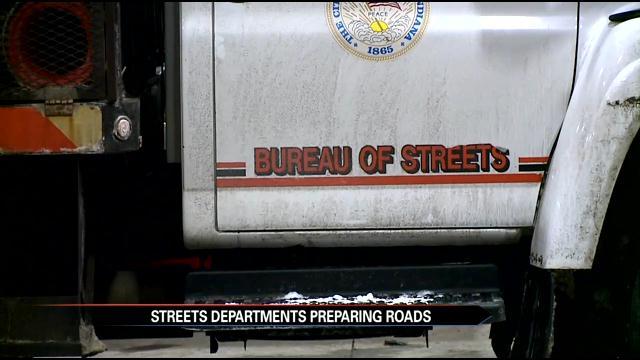 With this next snow system moving through, the South Bend Division of Streets is getting their trucks ready, and they have a plan for the next 48 hours.  Plows worked Monday evening to remove snow from residential roads before more snow came.

But crews said they're happy the snow is finally here.

Public Works employees in South Bend were on leaf removal for longer than usual this season, anxiously waiting for the snow to come.

And now that it's finally here, Paul South with South Bend Division of Streets says they're ready.

"At this point in time, we're looking at 12 hour shifts for the next few days, probably until Thursday or Friday," says South.

But with so much snow expected in the next couple days, their top priority is to have the roads clear and safe for drivers.

Like with any other snow, smaller streets are last.

But Paul South says if you live or work on side streets, don't worry, his team is working overtime to get those done.