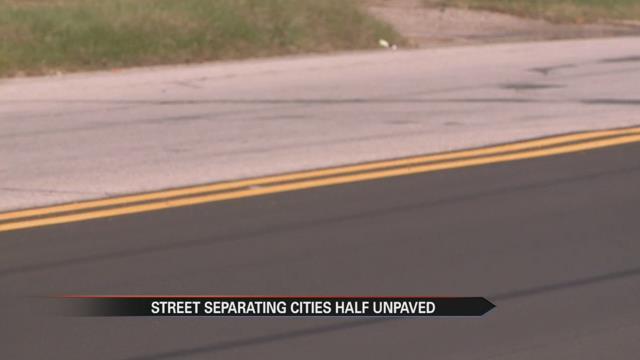 Half of the road is paved, while the other side is in shambles.

“It was probably number 3 on the list of most called about as far as potholes and stuff,” said Tim Ryan, Street Commissioner for the City of Mishawaka.

“We got a responsibility to our citizens to do what we can, I believe south bend is planning to do their side next year but again that’ll be up to them,” said Ryan.

“Mishawaka is ready to move forward with the project, so they went ahead and paved their half, so we’ll be paving our half next year,” said Eric Horvath, Director of Public Works for South Bend.

According to Ryan, the two cities had been in talks for 18 months to pave both sides.

“Unfortunately, South Bend was unable to participate because of some of the flood damage and things they had to reallocate money for this year,” said Ryan.

“We’ve got a lot of roads in not such great shape because of our limited funding and so that’s one challenge we’re trying to push, is to make sure we got more road funding to invest in our infrastructure,” said Horvath.