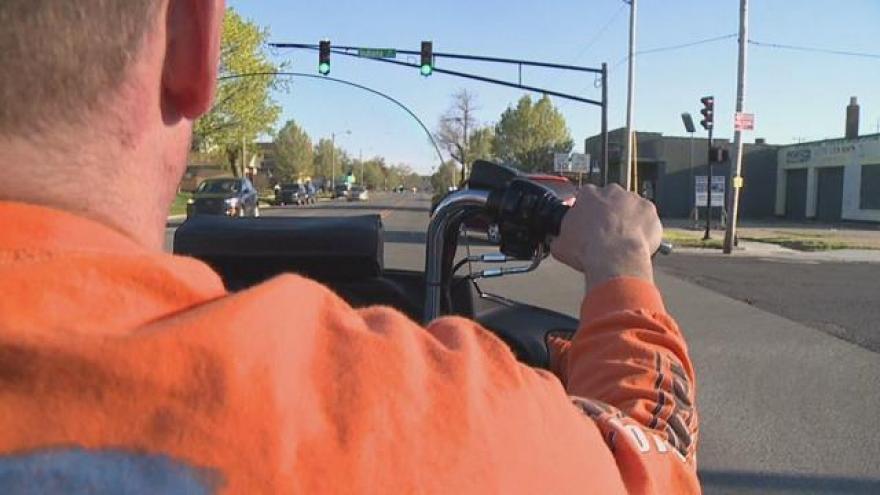 Warm weather means motorcycles are back on the roads in Michiana. With a string of bad accidents in the area, local riders are reminding others on the road to look out for each others safety.

In June of 2000, Jason from South Bend says he was riding his motorcycle on Lincolnway West when car traveling in the opposite direction didn’t see him and turned right in front of him.

“Out of the blue this car is in front of me. I went through the windshield, I flew over, my bike went one way and I went the other,” says Jason.

The collision totaled his bike and the impact was so bad, Jason says he nearly died. With several broken bones, recovering was a long process but he is completely healed now.

“Life is very, very precious and nobody sees it until you have something like that happen to you,” says Jason.

Now, nearly seventeen years later Jason says he’s more "on guard" when it comes to other drivers and anticipates they might not be looking out for those on two wheels.

Safely sharing the roads is every driver’s responsibility. The DMV offers these tips to car and truck drivers: