Struggling for rain this September

NOW: Struggling for rain this September

After one of the wettest meteorological summers on record across Michiana, rain has been very hard to come by during the month of September.

The result: a lot of formerly lush lawns have said goodbye to their green color for the season. Most of Northern Indiana has seen abnormally dry conditions return as of the latest drought monitor release. 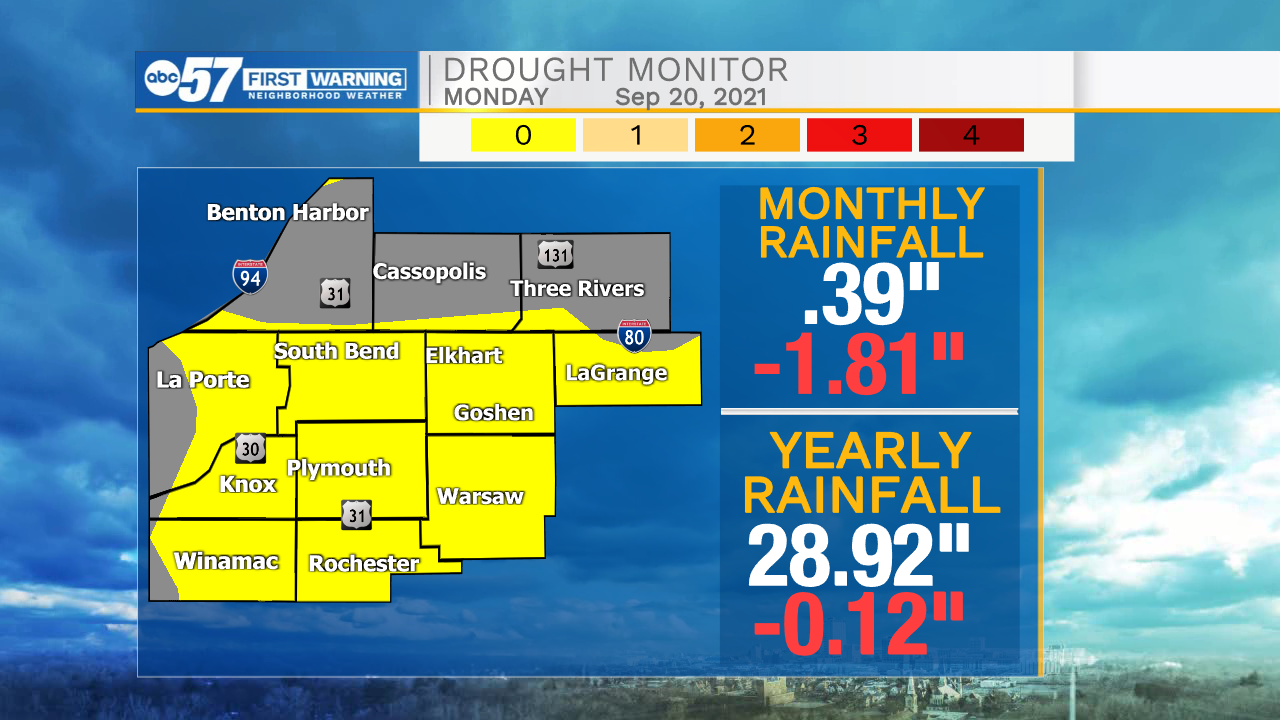 At the start of Monday, under four tenths of an inch of rain has fallen in South Bend this month, which is almost two inches of rain behind schedule. This is the 12th driest start to September on record in South Bend. Additionally, it's been 12 years since the last time we had to work this hard for rain in September. 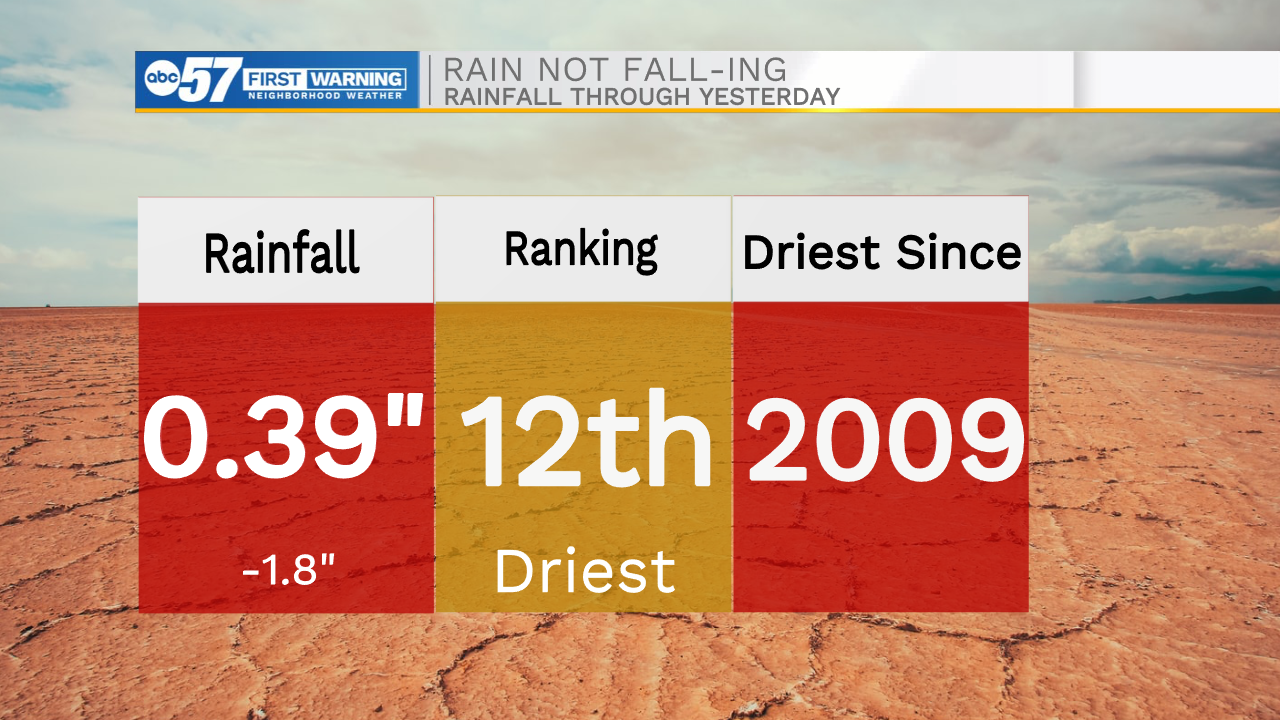 Even with the potential for locally heavy rain on Tuesday, most of the rest of September could remain fairly dry across the Midwest, according to the latest precipitation outlook from the Climate Prediction Center. 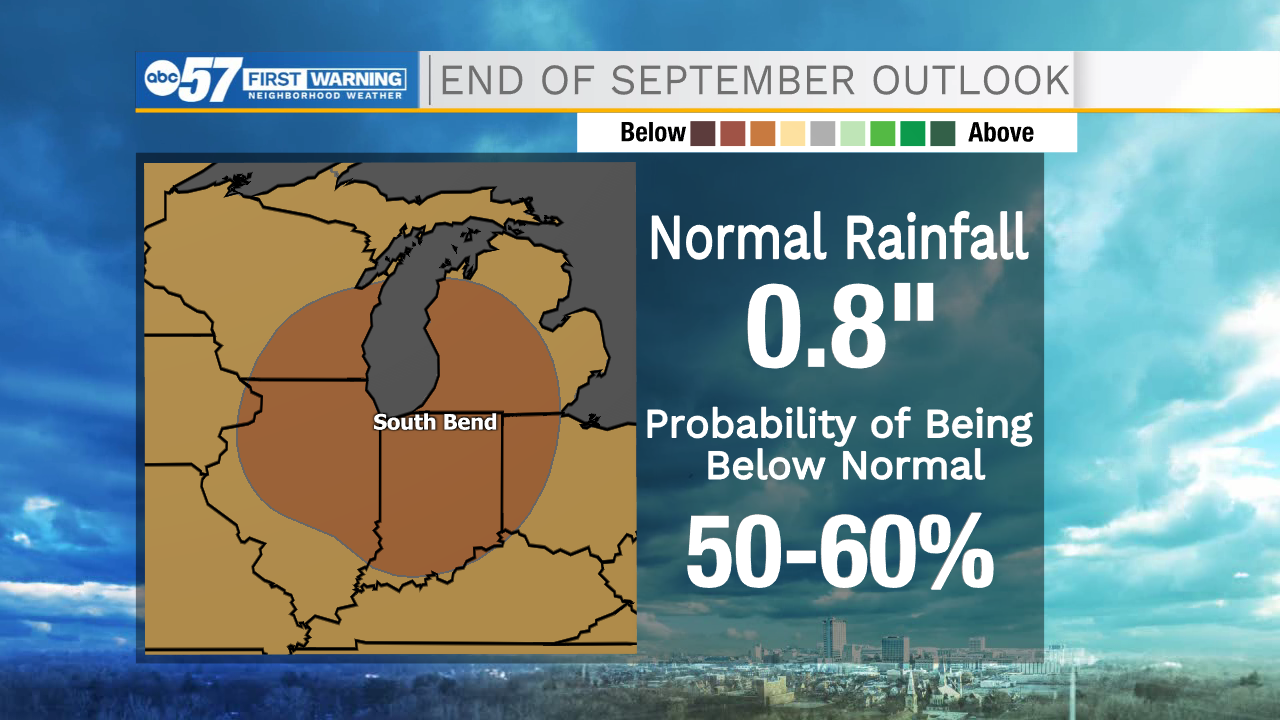 The rainfall tide could begin to turn into October, however. While next month will likely begin on a dry note, models are leaning toward a wetter end to next month. 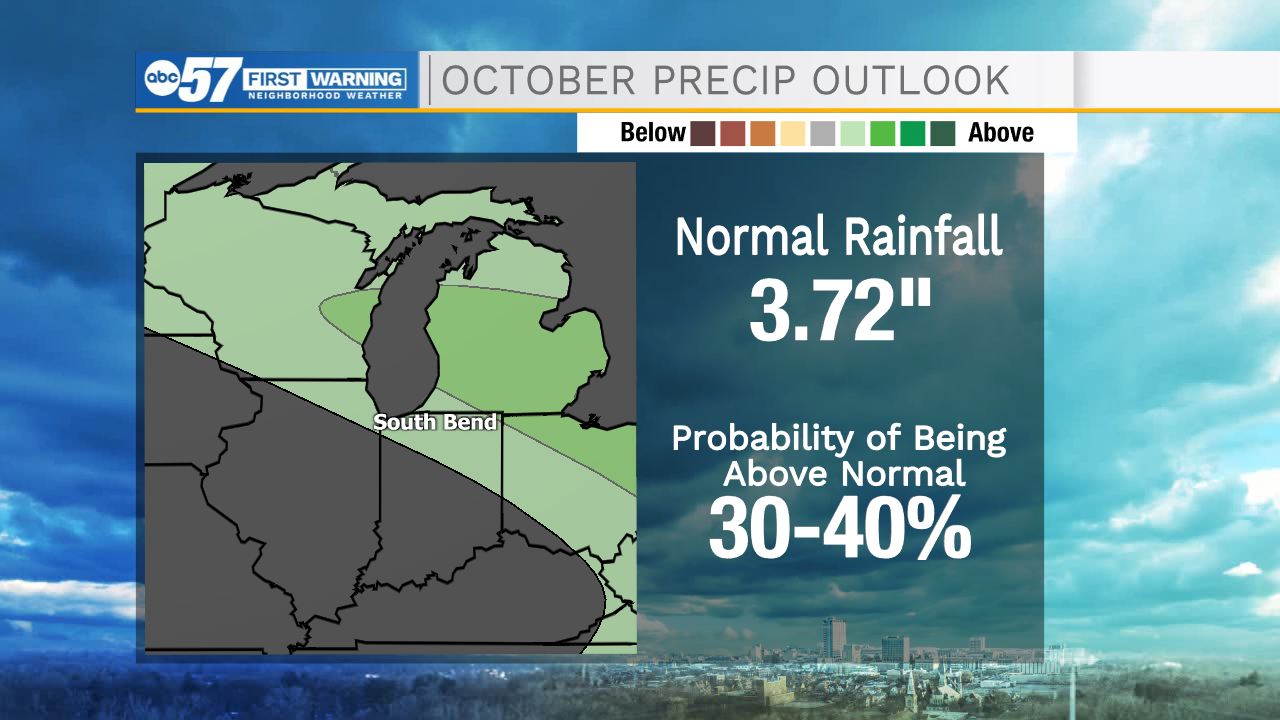