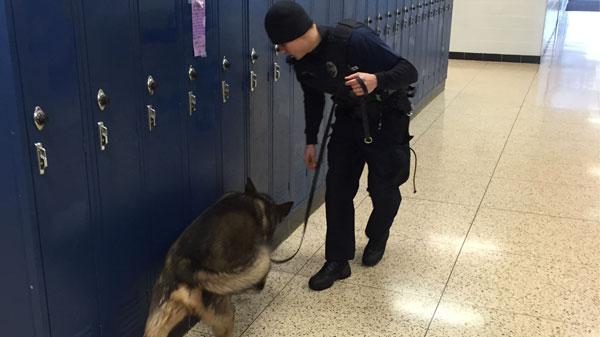 Around 9 a.m. CST Tuesday, a student found a bullet in a classroom at New Prairie High School. After the student gave the bullet to Principal Greg Dettinger, the school was locked down and the sheriff's office was called.

After consulting with the superintendent, Dettinger decided to conduct a search of all lockers in the building and the book bags of all students in the class where the bullet was found.

New Prairie staff members, along with members of the LaPorte County Sheriff's Office conducted the search with the aid of a K-9 from the Michigan City Police Department.

Michigan City Police Officer Greg Radiger and his K-9 Apollo conducted a sweep of all of the lockers in the building.

No other bullets were found during the search.

LaPorte County Sheriff John Boyd believes it was an isolated incident and the search was only conducted as a precaution.