Students honored by mayor for donation to Tolson Center 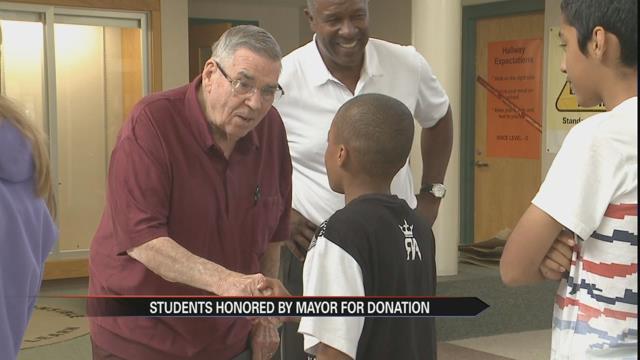 Various schools in Elkhart County are involved in a program called the 24 Kids.

Each month, schools take an hour break from school and play games at the Tolson Center.

After the Tolson Center announced their expansion, they asked the community for help with donations.

One sixth grade class from Bristol Elementary decided to raise money for the center.

On Wednesday, Elkhart Mayor Dick Moore honored the group with a certificate of appreciation from the City of Elkhart.

“We went to the press release and decided that since they needed to add on and expand and they do so much for us, picking us up every month and things like that, that we would try to give back,” Iannarelli said.

The students raised $1,000 for the Tolson Center expansion.
Share this article: