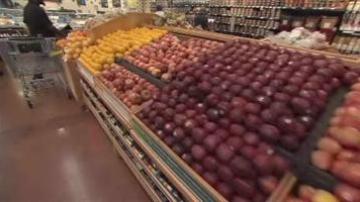 Despite rising grocery prices, a recent study finds many Americans are putting the food they buy right into the trash.

The Natural Resources Defense Council found 40 percent of food in the U.S. gets tossed out. Each year, Americans throw away the equivalent of $165 billion in uneaten food.

According to the data, the average family of four winds up throwing away up to more than $2,200 a year in food.

The study found fruits and vegetables get tossed out the most.