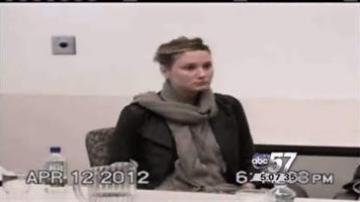 INDIANAPOLIS, Ind. -- We're now getting a closer look into the deposition of Sugarland's lead singer.

Her band was set to perform just moments before it toppled over due to heavy winds. The scaffolding on the stage gave in killing seven people and injuring dozens more leading to several lawsuits being filed.

Nettles was asked about the decisions leading up to the collapse.

Reports released last week show the scaffolding was not up code and the Indiana State Fair did not have sufficient emergency plans in place.