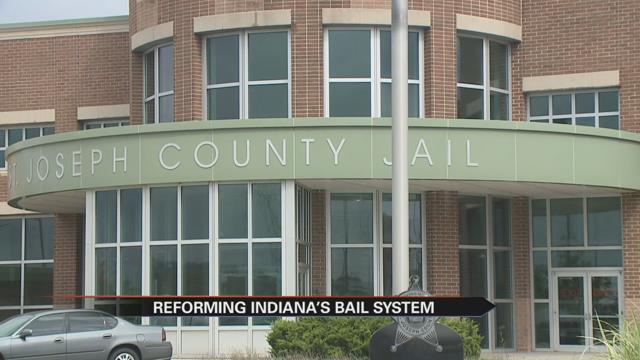 The Indiana Supreme Court is working to reform Indiana’s bail system. We spoke with several public defenders who think this will bring much needed change.

“If you’re charged with any offense other than murder, and you have money, you can buy your way out of jail, even if you are a member of the drug cartel. The systems have to change a little bit,” said Larry Landis, Executive Director of the Indiana Public Defender Council.

“Basically unless the trial court makes a finding of risk of flight or danger to the community that they should release the accused person with no money bail,” said Landis.

And it starts here in Saint Joseph County.

“We’re one of the pilot counties that are starting this before the rest of the state starts it. We’re just getting started,” said Neil Weisman, Deputy Chief Defender for Saint Joseph County.

“It promotes fairness because right now we have a system that is bail for the rich, jail for the poor. It doesn’t protect the public in terms of ‘all it takes is money’. If you are charged with a crime and have no money and make bail, you’re gonna set it jail until that case is disposed,” said Landis.

They’re also hoping to move the process along more quickly.

“Sometimes people might decide to make a quick decision on what they should do with their case just to get out of jail because they’re sitting there on a $100 bond and they’ve lost their job and their family’s going without their support. So that’s what this is aimed at,” said Weisman.