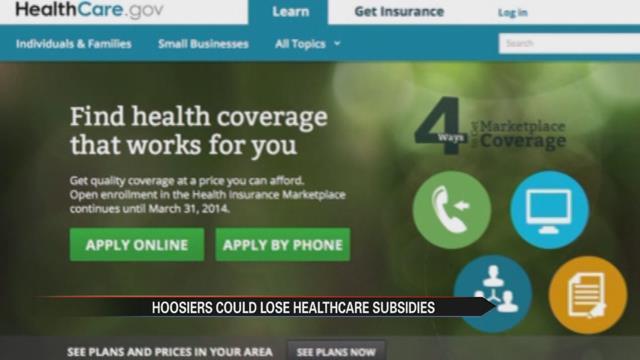 The United States Supreme Court is set to take on a number of issues this week. And one of them could directly impact the health coverage of thousands of Michiana residents.

New data from a health care advocacy group called Families USA shows your ability to pay for health coverage could be limited depending on how the case turns out.

In King vs Burwell, the court will decide if premium subsidies should be taken away in states where the federal government is running the health insurance marketplace.

Indiana and Michigan are two of those states.

Families USA data has found that 160,000 Hoosiers could lose premium tax credits. That could affect your ability to afford coverage. The group also says those average premiums could skyrocket.

"If the subsidies are withdrawn they would rise to average of $438, nearly four times as great," said Ron Pollack, executive director of Families USA. "It means that the premiums would increase by $318 per month, or more than $3800 per year."

The Supreme Court is expected to issue its decision on Thursday, Friday, or Monday.