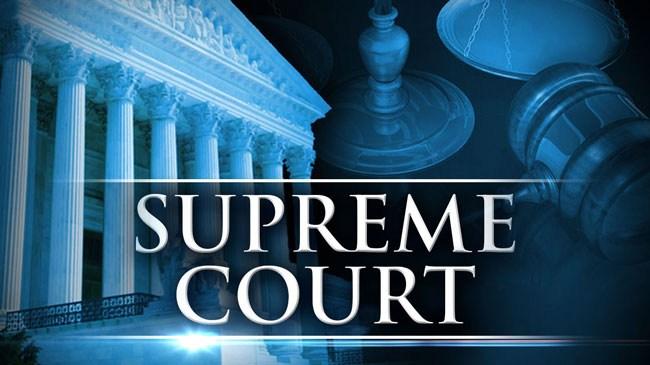 WASHINGTON (CNN) -- The Supreme Court agreed on Friday to take up a case concerning a transgender high school student in Virginia who is seeking to use the boys' bathroom at school.

The case, which should be heard this term, marks the first time the Supreme Court has considered the controversial issue playing out across the country, most notably in North Carolina, where the Justice Department has filed a civil rights suit against the state's so-called bathroom law.

A lower court had ruled in favor of the student, Gavin Grimm, but last summer the Supreme Court agreed to temporarily stay that ruling while it considered an appeal from the Gloucester County School Board.

"I'm nothing particularly threatening or extraordinary," Grimm told CNN in an interview earlier this year. "I'm just another 17-year-old kid."

Grimm and his mother told officials at Gloucester High School in 2014 that although his birth certificate recorded him as a female, he had transitioned to being male and had legally changed his name. The school initially allowed him the use of the boys' bathroom but reversed course after members of the community expressed concern.

The case will likely be the highest profile issue the shorthanded Supreme Court will hear this term. There are only eight justices due to Justice Antonin Scalia's sudden death and Senate Republicans refusal to hold hearings for Judge Merrick Garland.

The case drew national attention of groups including the Alliance Defending Freedom, a non-profit legal organization based in Arizona that advocates for religious freedom.

Lawyers for the group sent a letter to the school board, stating that only a "minuscule percentage" of individuals identify as transgender and that it was necessary for the school board to protect "other students' privacy and free exercise rights," as well as "parents' right to educate their children."

After the community meetings, the school barred Grimm from the boys' room but offered him an accommodation.

Under the new policy, Grimm could use the bathroom in the nurse's office or newly constructed single stall bathrooms.

Grimm -- the only student required to use the single stall bathrooms -- thought the so called accommodation was unacceptable.

His lawyers filed a lawsuit. A federal appeals court ruled in Grimm's favor, deferring to guidance put out by the Obama administration concerning Title IX, a federal law that bans sex discrimination in schools.

That guidance interprets "sex discrimination" to include claims based on gender identity.

The fact that the Supreme Court has taken up the case means that Grimm will be barred from using the boys' bathroom unless and until the high court rules in his favor.

"I will do everything I can to make sure that other transgender students don't have to go through the same experience," Grimm said in a statement Friday.

While the debate across the country concerns the rights of transgender individuals, the legal issue before the court centers on a much more dry administrative law question.

The justices will decide if the lower court was correct to defer to the Department of Education's interpretation of Title IX to include discrimination based on gender identity.

Kyl Duncan, a lawyer for the school board, argued in briefs submitted to the Supreme Court that the lower court was wrong to defer to the Obama administration's guidance.

Duncan acknowledged that some believe that transgender restroom access could be "one of the great civil-rights issues of our time," but he said the administration had overstepped its bounds.